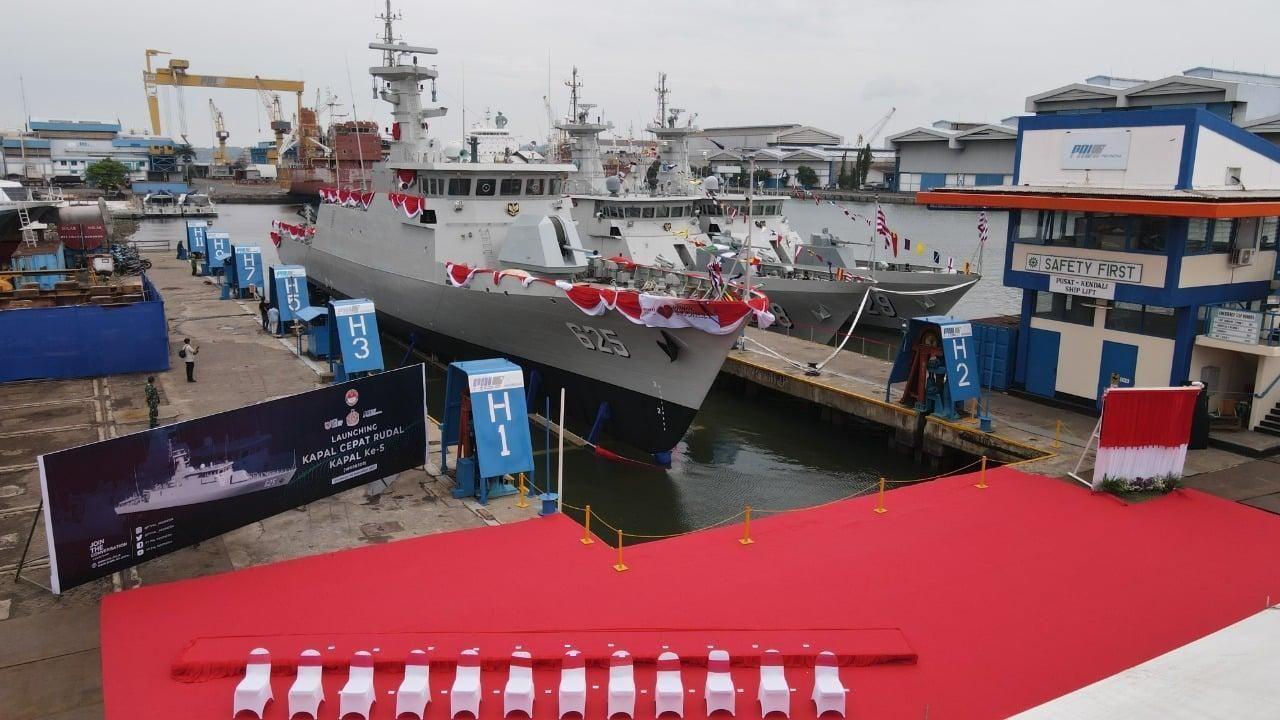 PT PAL Indonesia has confirmed that the construction of the sixth Sampari-class Fast AttackCraft (FAC) for the Indonesian Navy (TNI-AL) is nearing completion, Monday (Mar. 28). Thelaunching and commissioning ceremony is expected to take place in the coming weeks.

Following the convention in the TNI-AL to name this type of surface combatant with the namesof the Indonesian traditional weapons, the sixth ship will be named KRI Panah (Arrow), sportinga hull number of 626. It’s also the final Sampari-classFAC that the Indonesian Navy hasordered starting with KRI Sampari (628) in 2013.

With a displacement of around 460 tons, the Sampari-class FAC has a length of 60.3 meters, 8.1 meters beam, and a draft of 2.6 meters. Powered by two diesel engines each capable to deliver 3,600 kW of power, the ships of this class have a maximum speed of 28 knots, 4,445 km(2,400 nautical miles), and a maximum endurance of 8 days for its complement of 43 personnel.

Domestically designed and built by PT PAL, the Indonesian state-owned enterprise in the shipbuilding industry, the soon-to-be-launched vessel is already fitted with a Bofors Mk. 3 57mm naval cannon on its bow. In addition, the ship will also be armed with two Yugo import 20mm caliber auto-cannon, and two launchers for the Exocet MM-40 Block III anti-ship missiles.