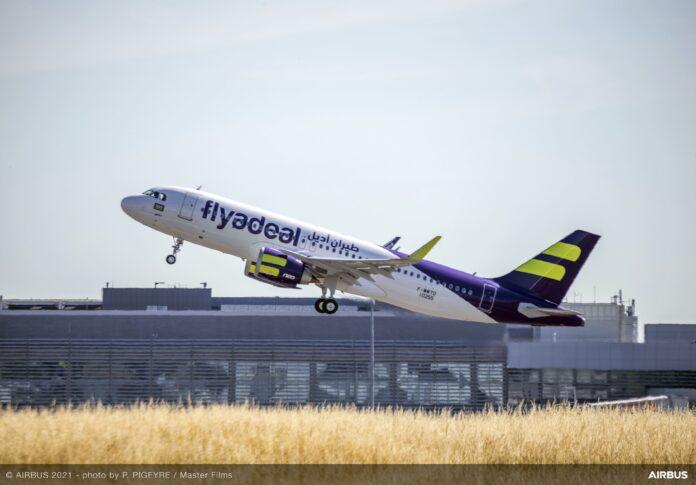 flyadeal, the low-cost Jeddah-based airline owned by Saudi Arabian Airlines, has taken delivery of a brand new A320neo, the first out of 30 to be delivered in the next 3 years.

The aircraft is the first out of 65 A320neo family aircraft ordered by Saudi Arabian Airline at the Paris Airshow 2019, and will join flyadeal’s all Airbus fleet. The aircraft will be powered by CFM LEAP-1A engines.

flyadeal’s A320neo is configured with 186 seats in a comfortable all economy class layout. Passengers onboard the aircraft will benefit from the widest cabin of any single-aisle aircraft in the sky, as well as the latest cabin feature offering optimum passenger comfort.