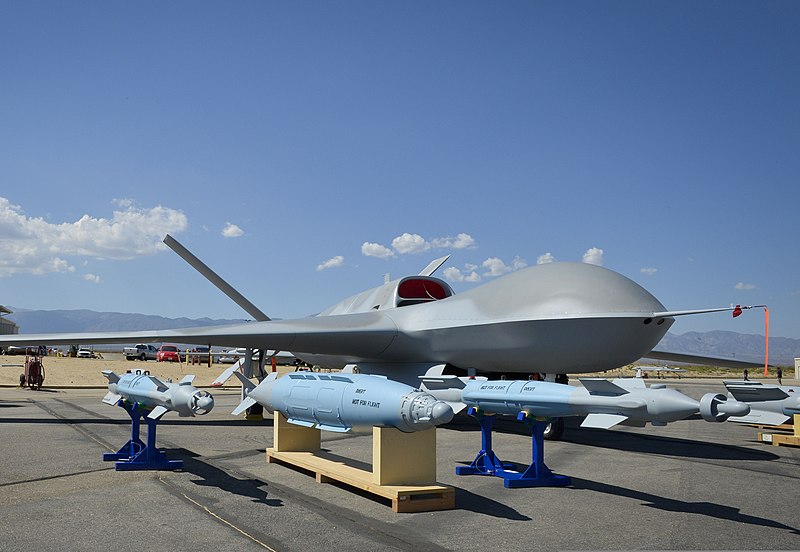 Earlier this year, GA paired one of its company-owned Avengers with five hardware-in-the-loop synthetic Avengers to autonomously search and follow an artificially generated adversary. The live-virtual swarm utilized a simulated Infrared Search and Track (IRST) sensor network in addition to the government-furnished CODE autonomy engine to accomplish the mission.

For the demo, the Avenger flew over the high desert of southern California in January. The live Avenger was commanded into a search mission with the five simulated Avengers. Once the simulated adversary entered the designated search area, the team of Avengers would decide, utilizing an Artificial Intelligence (AI)/Machine Learning (ML) algorithm, which aircraft would autonomously break from the search-loiter and perform complex behaviors to show closed loop, air-to-air tactics.

During the flight, Legion Pod’s IRST21 infrared search and track system detected multiple fast-moving aircraft operating in the area. On-pod Lockheed Martin fusion software blended the sensor data from both pods in real time and the Avengers streamed it to the ground station.

In the other demo, GA successfully completed an airborne Manned-Unmanned Teaming demonstration, pairing a GA-owned Avenger with a modified King Air 200 as a surrogate for 4th- and 5th-generation tactical fighters. The flight demonstrated autonomous collaboration using command and control (C2) of the Avenger from a ruggedized tactical control tablet, integrated with Autonodyne’s RCU-1000 Advanced Human Machine Interface, to provide real-time situational awareness combined with complex behavior tasking. The airborne node utilized a GA-ASI-modified King Air 200, which allowed for rapid integration and test of the C2 hardware.