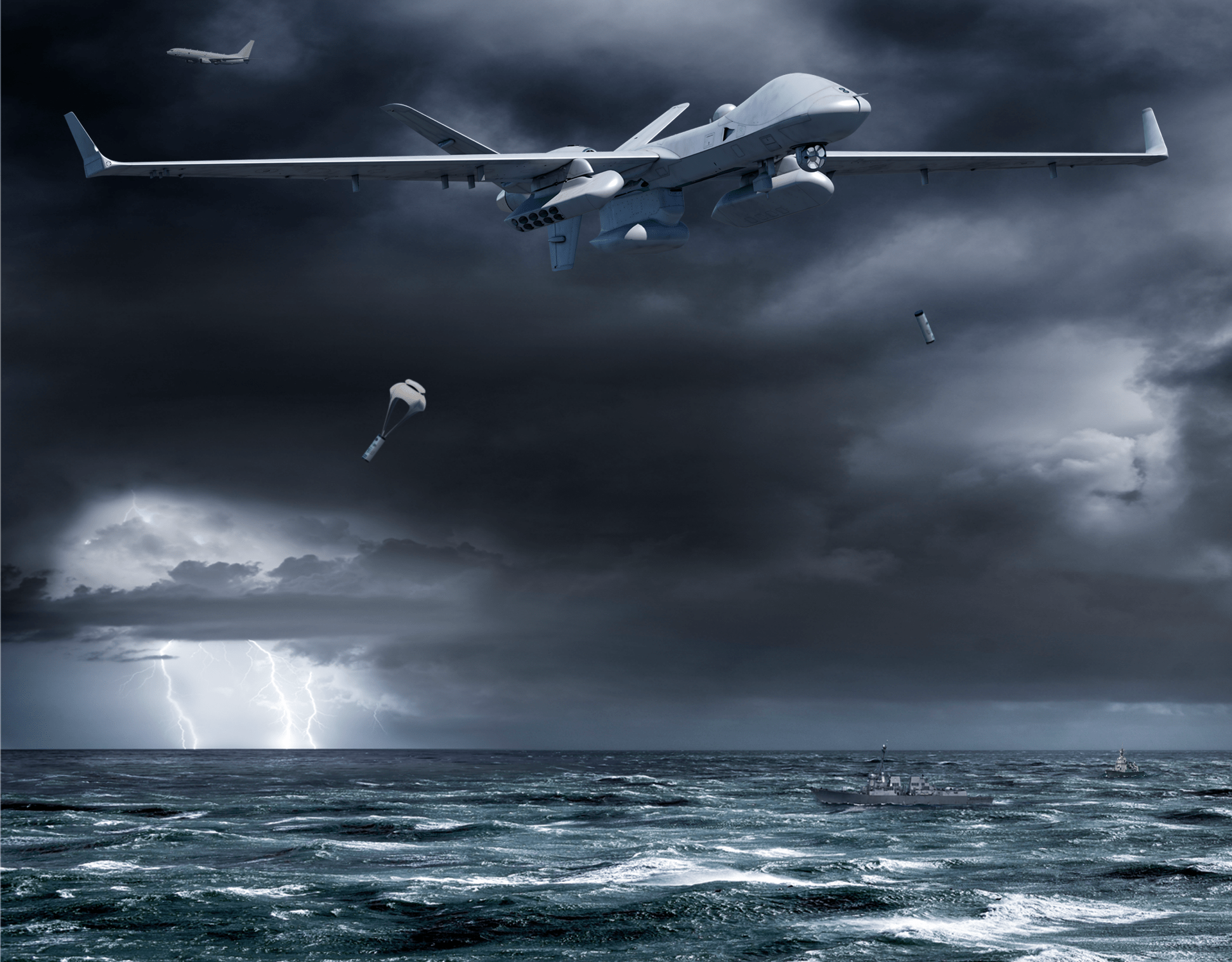 “We anticipate demand to be extremely strong for the MQ-9B SeaGuardian with its high-end maritime capabilities and low cost relative to legacy manned Maritime platforms,” Tommy Dunehew, GA-ASI Vice President of International Strategic Development, said in an interview. “The maritime and ASW kits are easily added to MQ-9B SkyGuardians to transform them into MQ-9B SeaGuardians.”

The company is showcasing the various maritime capabilities of the SeaGuardian at the ongoing Aero India show. The company’s presence at the event assumes significance in the light of the fact that India has been in discussions with the United States to buy the SeaGuardian, preferably the armed version of it. Although a deal is yet to materialize, India in November last year leased two unarmed MQ-9B SeaGuardian drones from the United States for a year.

Following are excerpts from the interview:

Please provide an update on the MQ-9B SeaGuardian interest globally? What are the capability and cost advantages of the platform?

MQ-9B has garnered significant interest from customers throughout the world. The UK Ministry of Defence selected MQ-9B SkyGuardian for its MQ-9B Protector program, and recently concluded the production contract for deliveries to the Royal Air Force. SkyGuardian was selected by the Australian Defence Force under Project Air 7003, and the Belgian Ministry of Defense signed a contract for SkyGuardian in August. The United Arab Emirates were approved for the procurement of 18 MQ-9B in November last year and signed a contract in January this year.

Both the MQ-9B SkyGuardian and SeaGuardian deliver adverse-weather capability – with lightning protection, a damage-tolerant airframe, and a de-icing system – and are built for compliance with STANAG-4671 (NATO airworthiness standard for UAVs).

GA-ASI recently completed unmanned aircraft anti-submarine warfare (ASW) demonstration of sonobuoy dispensing and remote processing on a MQ-9A Block 5. Do you think this will make the SeaGuardian even more attractive for navies?

Anti-submarine warfare (ASW) is one of a number of maritime capabilities that we believe customers are very interested in. ASW is not just a tactical capability, it is a strategic capability. The ASW test that we completed with the US Navy at the end of 2020 demonstrated the world’s first self-contained ASW for an Unmanned Aircraft System (UAS). The successful completion of this test paves the way for future development of more ASW capabilities for MQ-9. We look forward to continuing collaboration with the U.S. and global navies as they explore innovative options for distributed maritime operations in the undersea domain.

Militaries are increasingly moving away from maritime patrol aircraft and using RPA for maritime surveillance. Do you see the trend continuing?

We do. GA-ASI believes our RPA provide great options for the maritime domain, both as stand-alone or low-cost, complementary assets. SeaGuardian’s Ground Control Station can share real-time feeds, as well as share collected intelligence with other agencies and command centers on the ground using our System for Tasking And Real-time Exploitation (STARE). This capability allows maritime patrol aircraft to act on specific vessels in the full range of maritime operations, from search and rescue, to law enforcement to Anti-Submarine Warfare. In a time of limited MPA resources, the ability to visualize, task, correlate, and deliver the best product to decision-makers in a timely manner is critical to maintaining effective control of territorial waters and exclusive economic zones (EEZs).

The military UAV market is a rather crowded one, with countries such as China offering their products at a very competitive price. How confident are you about your market prospects?

GA-ASI is the global leader in UAS. Our aircraft have been a key asset in securing the defense of the U.S. and its allies. We’re now approaching 30 years in business and with that, we are getting ready to make our first delivery of the new MQ-9B, the world’s most advanced unmanned aircraft. After the UK takes its first delivery of the Protector (MQ-9B variant), we’ll look forward to deliveries to Australia, Belgium and other customers. We’re also very busy on the development side, bringing forward new and innovative capabilities, such as ASW, Self-Protection Pod, and High Frequency Command & Control to just name a few. All to say, GA will continue to innovate and build the value of our aircraft for our customers.

SeaGuardian flights were held in Japan last year. Can you please provide an update?

Please expand on your recent progress with NATO countries.

GA has been a strong supporter of NATO countries throughout our history. We have long-standing relationships with the United Kingdom, France, Italy, and Spain, which all operate the MQ-9 system with great success. The Netherlands has also procured the MQ-9 with deliveries to commence in the near term. More recently, we have received orders from Australia and Belgium for our new MQ-9B SkyGuardian. We expect interest to rise, particularly for our maritime ISR capability that will satisfy nations and NATO’s military and civil requirements.

Can you please talk about the company’s technologies globally?

GA is the principal private sector participant in thermonuclear fusion research through its internationally recognized DIII-D and inertial confinement programs for the U.S. Department of Energy. GA developed the University of California San Diego (UCSD) Supercomputer Center and has constructed more than 60 TRIGA nuclear research reactors in 24 countries. GA is a leader in development of next-generation nuclear fission and high-temperature materials technologies.

How has the ongoing pandemic impacted the company?

Like a lot of companies, we have had to adapt the way we work to continue production and maintain the activity of our design offices and deployment sites in support of our customers. Except for production, flight operations and customer-site deployment activities, we use remote work very widely and effectively. Individual social distancing and protective measures, like those applied throughout the world, have helped to limit the impact of COVID in production, logistics, and operations activities. We believe that our measures have not only kept our workforce protected from COVID-19 but have avoided any significant delays to our product development and customer support.