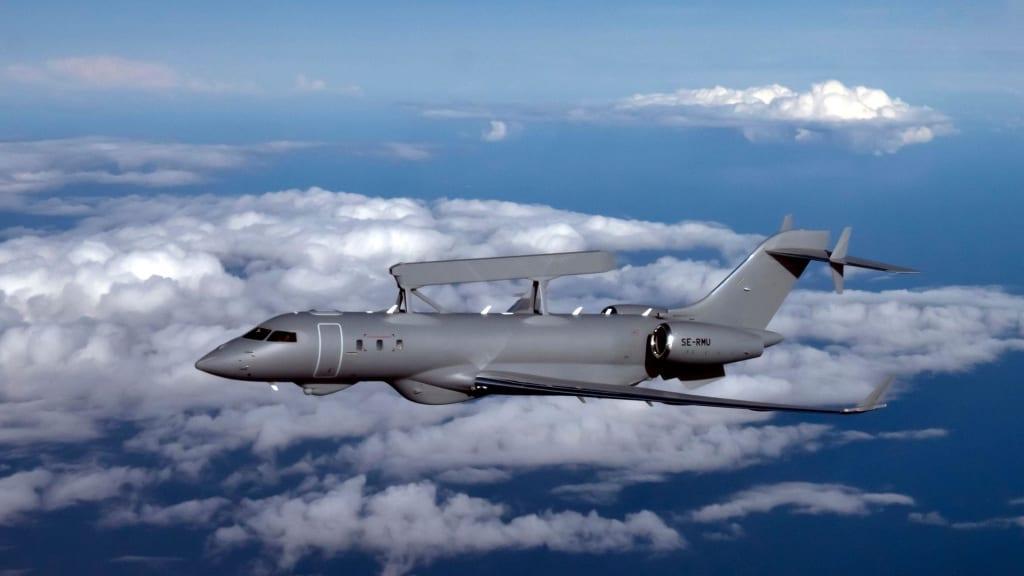 “We are talking with the local Korean industry to see what kind of work packages would be of interest to them,” Tomas Lundin, Head of Marketing and Sales (AEW&C), told Daily News. “Maybe maintenance of the aircraft is something they could do here. It could be parts manufacturing; it could be integration. It could even be radar technology. When it comes to special mission adaptations, we really transform the aircraft. There is a lot that is going on inside the aircraft that we could look at from a technology transfer point of view.”

The GlobalEye system, which was introduced in 2015 following an order from the United Arab Emirates, would be a perfect fit for South Korea, Lundin said. “The system is designed to meet the threats that we see today and will see tomorrow, especially low observables. In the context of South Korea, it will be able to detect missiles – cruise missiles, hypersonic missiles as well as tactical ballistic missiles – from launch sites. This is in the air domain, and we are talking about more than 300 nautical miles.”

“In the sea domain, we are limited by the horizon to 200 nautical miles, but the system can detect very, very small objects at sea, such as jet-skis, at long distances, thus providing early warning from any kind of threat, big or small. We are able to do ground surveillance with this as well and can follow trucks and vehicles.”

The GlobalEye system that Saab has proposed for South Korea is based on the Bombardier G6500 and has an endurance of 11 hours. “It is really top of the line, very modern with excellent crew environment,” said Lundin. “We selected from many platform providers before we chose this one for our latest solution.”

GlobalEye was introduced in 2015 when Saab signed a contact with UAE for the system. The country now has three of the type in service and Saab is working on delivering two more. Meanwhile, the Swedish Armed Forces has requested the government to procure the system. GlobalEye is part of the offer from Saab for Finland’s HX fighter procurement program. A decision from Finland is expected by the end of the year. Mexico, Brazil, Greece, Sweden, Pakistan and Saudi Arabia are among the eight countries that have the system.

Among the features of GlobalEye are a multi-domain Command & Control (C2) system for real-time information and Saab’s Erieye-ER S-band AESA radar that uses Gallium Nitride technology. The Erieye-ER radar can track thousands of targets at once and is also resistant to jamming. Among the other sensors aboard the aircraft are Leonardo’s SeaSpray 7500E maritime surveillance radar, electro-optics, ELINT/SIGINT plus communications, datalinks and self-defence equipment.

The company has seen a lot of interest from potential customers in the Asia Pacific, said Lundin. “We are talking to several countries in the region. This is the most modern solution available today. It is based on new technology, and it is production. We can guarantee delivery times. I think that is unique for Saab if you look at other early warning providers suppliers. In the case of UAE, it took only three weeks from the rollout of the aircraft to the first flight. We delivered three aircraft in 10 months which, I think, is good progress.”

Saab works with its customers to tailor the system to their needs, said Lundin. “We have discussions on specific configurations that the customer might need. We are also constantly working to update the system. You don’t deliver a system and then wait for 10 years before an upgrade. There will be constant software modification upgrades, and then in 10-15 years, there is maybe going to be a bigger hardware upgrade.”

GlobalEye, Lundin said, is the best option for South Korea. “We believe this is the best airborne early warning system available. We are the only one that has this type of system in production today. We have been in South Korea for a long time and are very familiar with collaborative partnerships; we have done technology transfer in South Korea as part of our Arthur mobile weapons-location radar system. We think we are very well positioned compared to our competitors.”