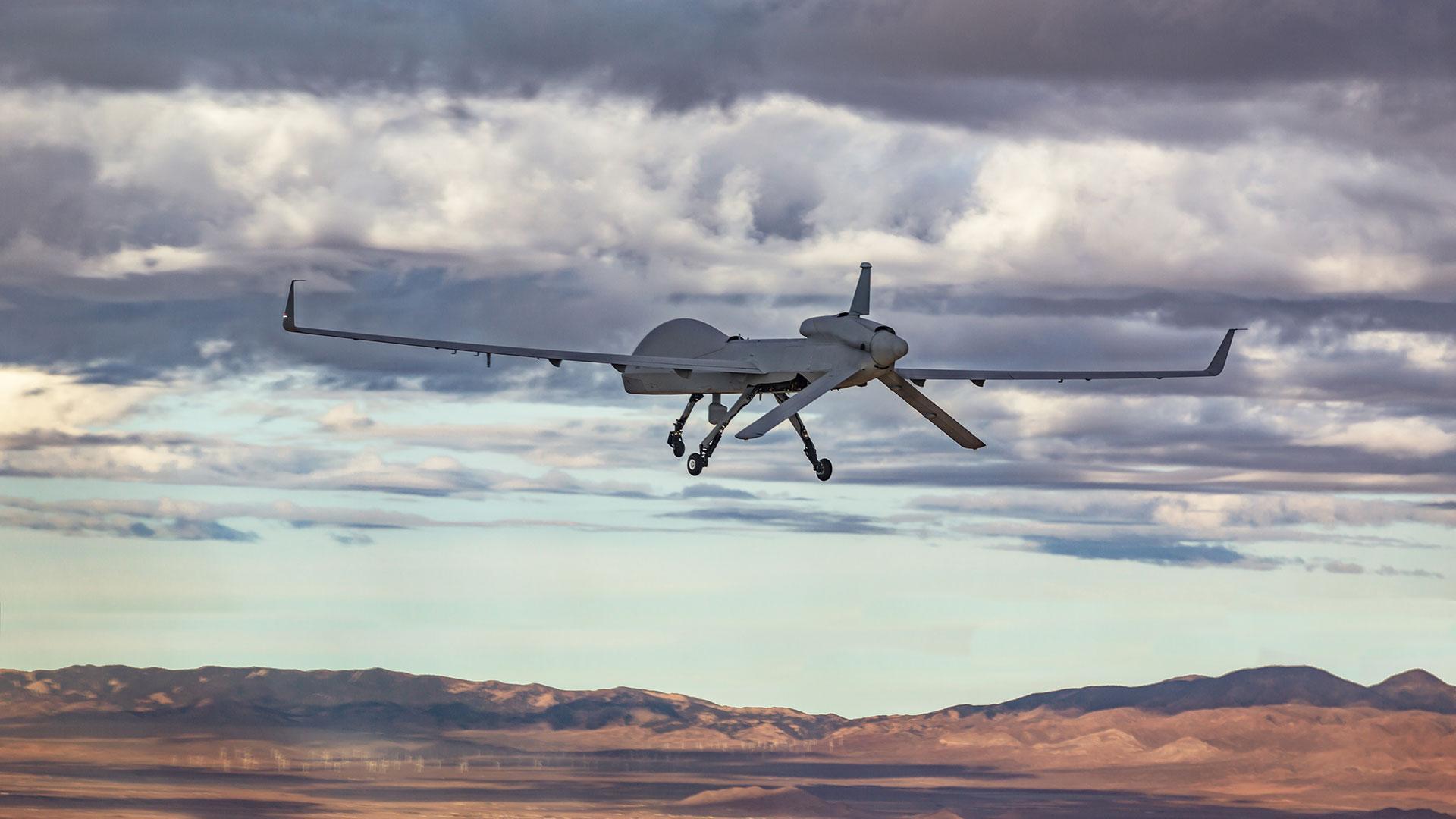 The company-funded technology demonstration, which took place on April 23 at Yuma Proving Grounds, Ariz., focused on enabling a Joint Terminal Attack Controller (JTAC) to control the Electro-optical/Infrared (EO/IR) sensor on a Gray Eagle Extended Range (GE-ER) Unmanned Aircraft System (UAS) and rapidly call for direct and indirect fire on an array of targets. The demonstration is another step in a series of demonstrations that began in November 2019.

The JTAC was able to see GE-ER video, aircraft location, and sensor field of regard utilizing an Android Team Awareness Kit (ATAK) and a TrellisWare TW-950 TSM Shadow® Radio. Utilizing the GE-ER’s open-architecture, the JTAC was able to send digital ‘Call for Fires’ to request artillery support, and a digital 9-line for Close Air Support with the push of a few buttons. The GE-ER, configured for Multi-Domain Operations, autonomously re-routed its flight path to provide the sensor data that the JTAC requested without commands from the GE-ER operator.

The use of this newly developed technology marks a significant improvement in situational awareness compared to the use of voice communications. The technology improved efficiency, reduced latency, and reduced risk of collateral damage. In addition, the JTAC’s ability to orient GE-ER sensors on targets from an ATAK tablet reduces man-in-the-loop errors and increases targeting speed.