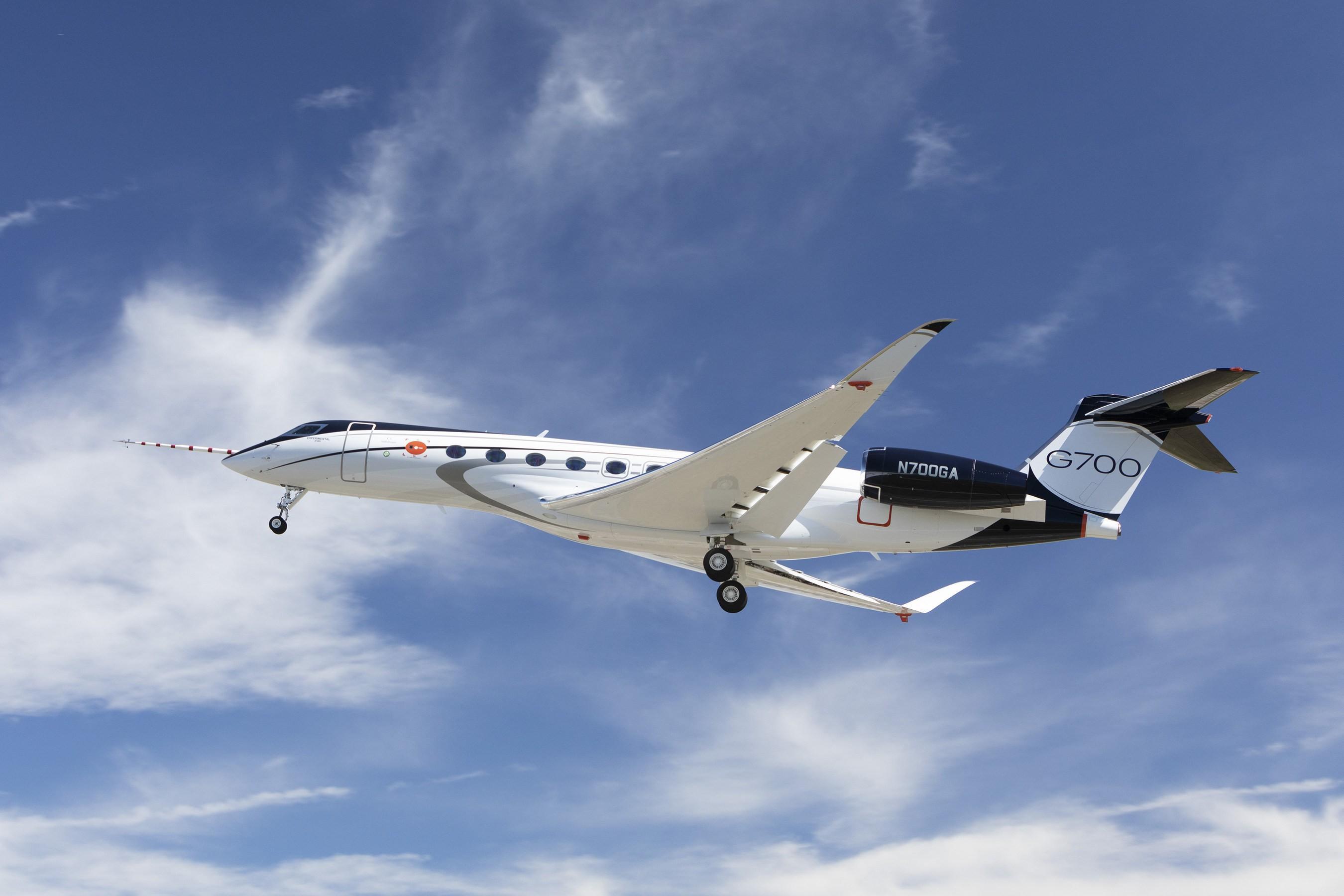 “The G700’s first flight is a momentous occasion and the next step forward in Gulfstream’s vision for the future, a vision that has been guided by the strategic leadership of our parent company, General Dynamics, and the innovation of the Gulfstream team,” said Gulfstream president Mark Burns. “As the market leader, Gulfstream is moving the entire business-jet industry forward with advanced safety features, tomorrow’s technology and a cabin purposefully designed to exceed our customers’ expectations for comfort.”

The G700, which is the industry’s most spacious and has the longest range at the fastest speeds, was introduced in October last year. The program includes five already manufactured flight-test aircraft and a structural test article that has completed load testing.

The G700 features the longest, widest and tallest cabin in the industry with 20 Gulfstream panoramic oval windows and up to five living areas. The aircraft introduces an ultra-galley with more than 10 feet of counter space and a crew compartment or passenger lounge; the industry’s only ultra-high-definition circadian lighting system; speakerless surround sound; and a master suite with shower.

The G700 is powered by Rolls-Royce Pearl 700 engines and refined with Gulfstream-designed aerodynamics and an all-new winglet. The aircraft can fly at its high-speed cruise of Mach 0.90 for 6,400 nautical miles/11,853 kilometers or at its long-range cruise of Mach 0.85 for 7,500 nm/13,890 km. The G700 also includes the Gulfstream Symmetry Flight Deck with the industry’s only electronically linked active control sidesticks, the most extensive use of touchscreen technology in business aviation and Gulfstream’s award-winning Predictive Landing Performance System.

“The G700 brings the best in the business together – the innovation of the G500 and G600 Symmetry Flight Deck and the legendary performance of the G650ER – and we are excited to deliver this exceptional aircraft to our customers,” said Burns.