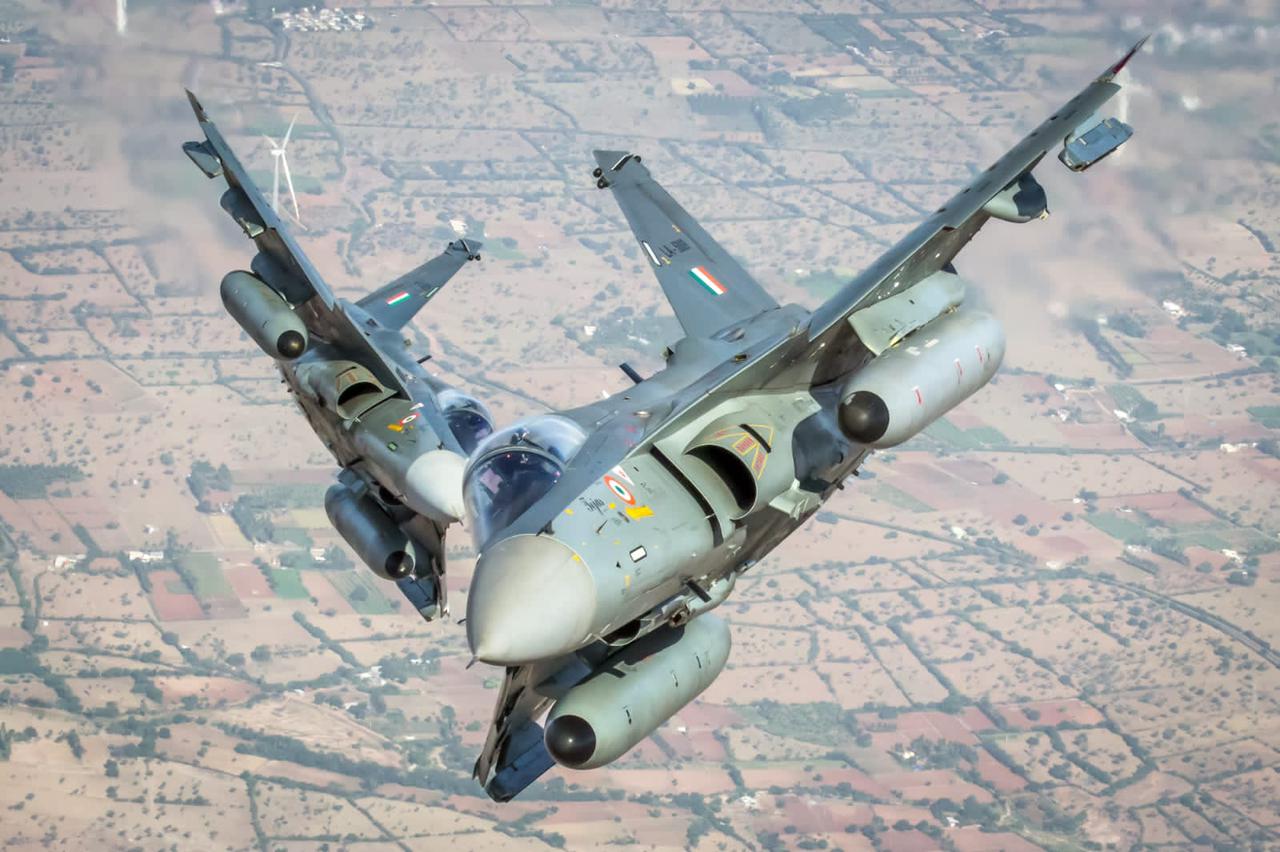 India’s state-owned airframer, Hindustan Aeronautics Limited (HAL) is showcasing its aircraft and rotarywing portfolio at the ongoing DSA. HAL is offering the indigenously developed ‘Tejas’ (Radiance in Sanskrit) Light Combat Aircraft (LCA) to meet a Royal Malaysian Air Force (RMAF) requirement for a light fighter and advanced jet trainer. HAL had brought two Tejas aircraft (LA 5009 & LA 5010) belonging to the IAF’s No.45 Squadron ‘Flying Daggers’ to the 2019 LIMA Airshow. The aircraft have demonstrated high serviceability rates and precision attack capability in the IAF and Indian pilots have acknowledged the flying qualities and handling characteristics of Tejas to be very good and superior to the Mirage 2000, which is also operated by India.

Series Production Tejas Mk1 aircraft are fitted with a mechanically scanned Elbit Multi-Mode Radar (MMR) and DASH-IV Helmet Mounted Display and Sight (HMDS). The version of the light fighter that will be offered for export will be the Tejas Mk1A, for which the IAF has placed orders for 83 aircraft (73 single seat & 10 twin seat). The Tejas Mk1A will be equipped with an Elta EL/M-2052 AESA radar, along with MBDA ASRAAM missiles, indigenously developed ASTRA BVRAAMs, BrahMos-NG supersonic cruise missiles (two per aircraft), a pod mounted Self Protection Jammer (SPJ) and In-Flight Refuelling. The Tejas also has ‘Hot Refuelling’ capability, where the aircraft can be refuelled with the engines running. This allows the sortie generation rate to be dramatically enhanced.