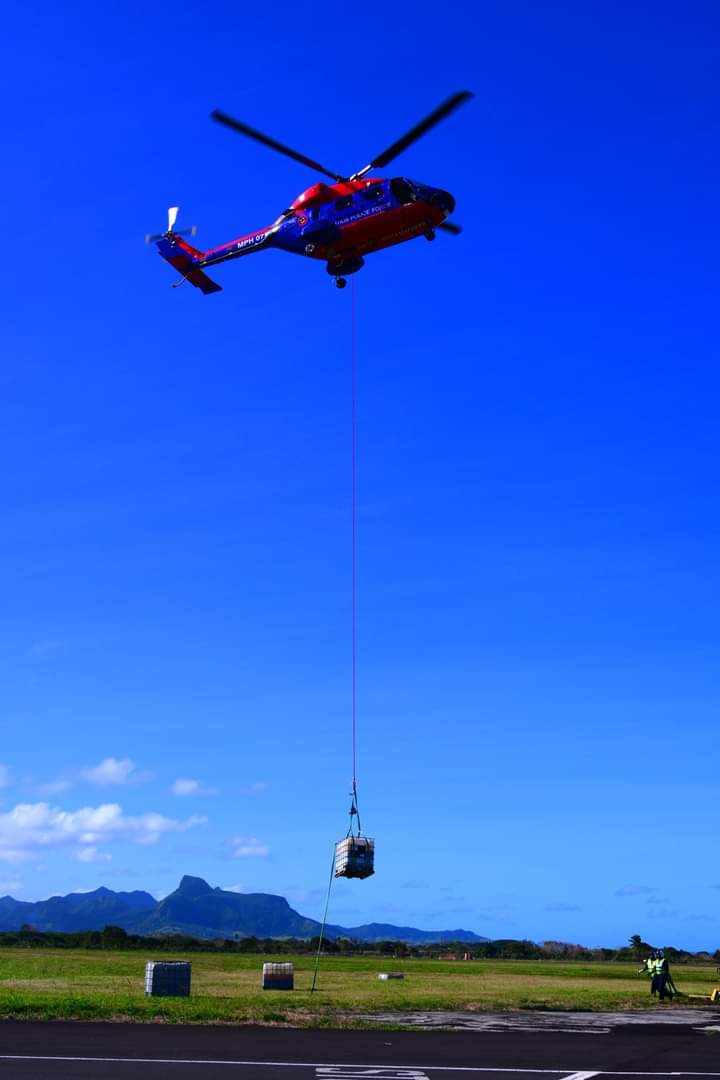 India built helicopters manufactured by Hindustan Aeronautics Limited (HAL) have been being pressed into service to rescue people and extricate skimmed oil from the Japanese owned cargo ship MV Wakashio.

MV Wakashio was on its way from China to Brazil but ran aground on the reef at Pointe d’Esny, Mauritius recently. A crack inside the hull of the ship expanded earlier this week leading to the ship splitting into two halves.

HAL’s indigenous Advanced Light Helicopter Dhruv and Chetak helicopters flew non-stop dawn to dusk till all the survivors on board were safely rescued. The pilots are on deputation from the Indian Air Force, while the Indian Coast Guards is also providing assistance.

“Time and again the indigenous Dhruv helicopter has proven its capabilities. Our helicopters were extensively utilized for search and rescue operations in the past as well”, says Mr. R Madhavan, CMD, HAL.

The Chetak helicopters were used primarily for winching survivors. The ALHs flew continuous missions to get the international salvage team on-board the ship to contain the spill.

Dhruv helicopters have also been utilized to remove oil and also used for cargo operations with a 20 m sling.

Mauritius had declared a state of environmental emergency as the spill is close to two environmentally protected marine ecosystems and the Blue Bay Marine Park reserve. Nearby are a number of popular tourist beaches and mangrove plantations.

HAL’s Dhruv is an indigenously designed and developed by HAL for the military as well as civil applications.

The utility version of the Dhruv helicopter can be used for VIP travel, commuter, search and rescue, emergency medical service, under slung load, disaster relief, and offshore operations.

More than 240 Dhruv helicopters are operational with the Indian Armed Forces, clocking more than 2,70,000 flying hours.