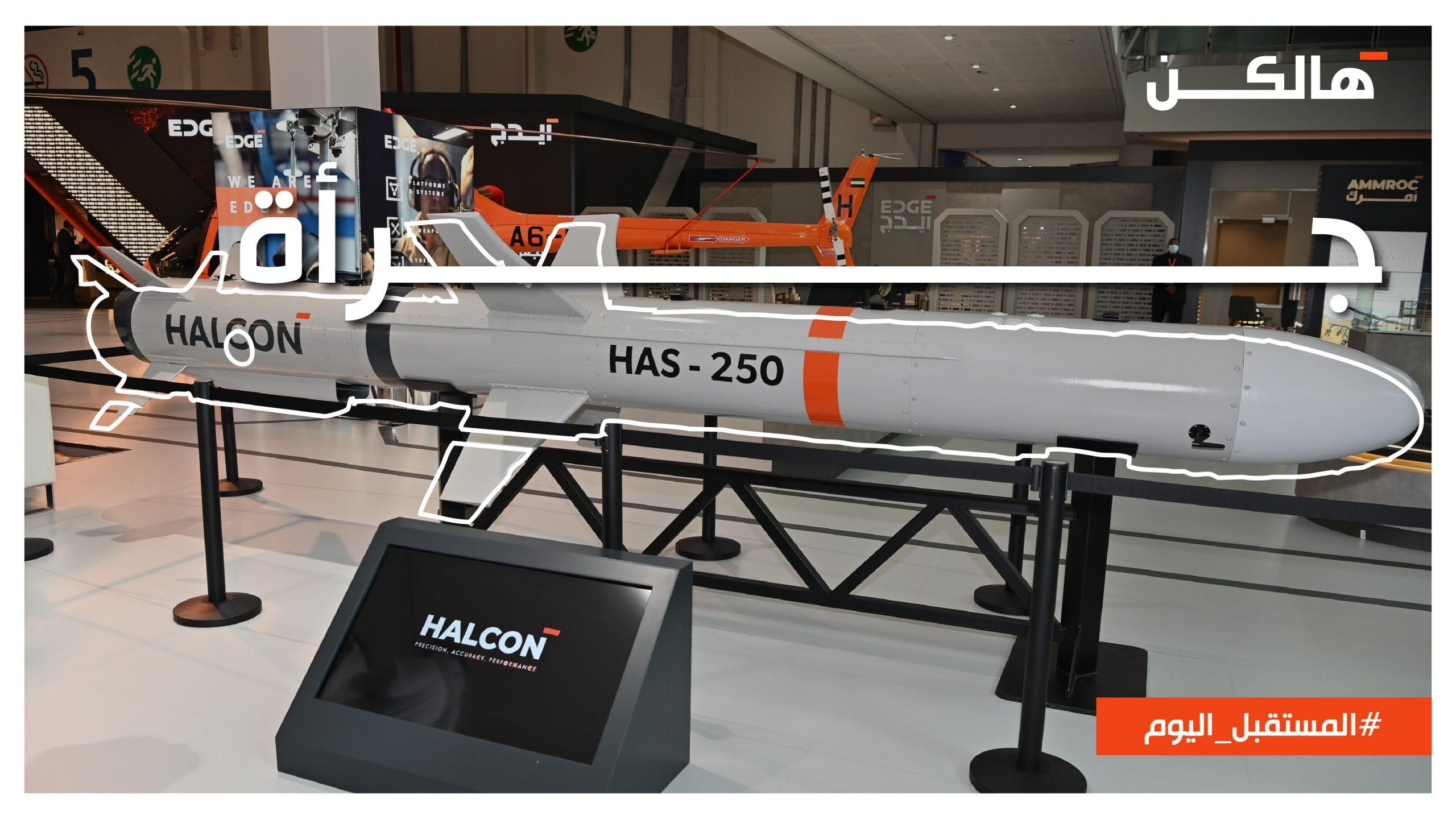 A new UAE-developed missile, the HALCON AntiShip-250 (HAS-250), has made its show debut at this year’s IDEX.

According to HALCON officials, the  HAS-250 surface-to-surface missile, designed and developed in the UAE, is  capable of travelling at speeds of up to 0.8 Mach, with a range of over 250km.

“Our focus on smart capabilities continue to deepen as we produce world-class products locally,” said Saeed Al Mansoori, CEO of HALCON. “The HAS-250 is a significant advancement in our quest to equip naval forces with the highest performing cruise missile system. Designed and developed by HALCON in the UAE, this weapon will assist in the active defence of the UAE’s water ways, and build on EDGE’s expanding reputation for being bold, agile, and disruptive.”

During its terminal phase, the HAS-250 can fly at a sea-skimming altitude of just 5m above the surface of the ocean.

The HAS-250 utilises Global Navigation Satellite and Inertial Navigation Systems (GNSS + INS) . For high accuracy targeting, it is equipped with an active/passive terminal seeker and radio altimeter.

HALCON is part of the Missiles & Weapons cluster within EDGE.