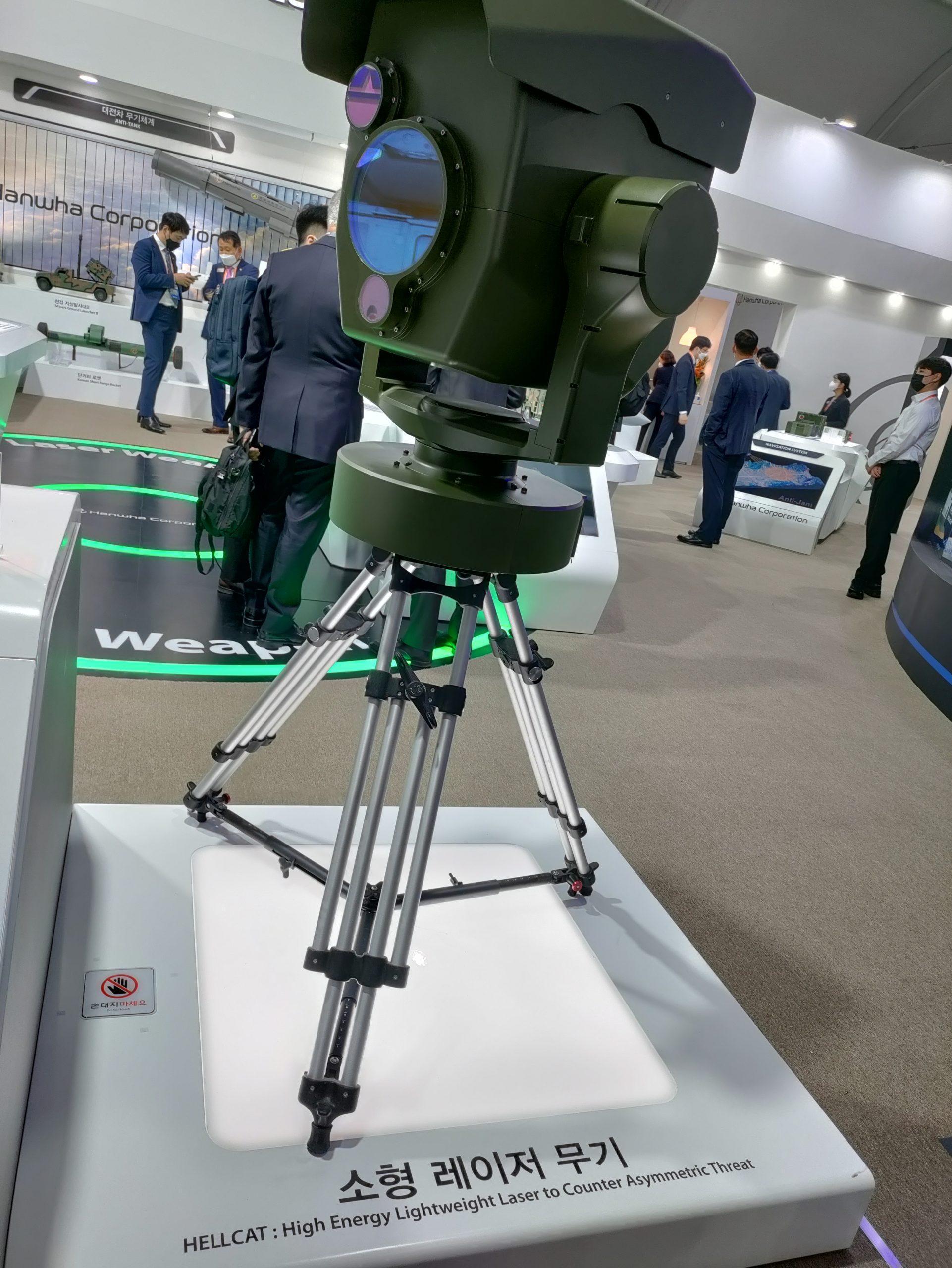 Hanwha Corporation has given IDEX 2021 participants a sneak preview of the laser weapons it is working on.

“We are the first company in South Korea to work on developing laser weapons,” said Choi In Sang. Deputy Senior Manager of the Laser Business Team at Hanwha Corporation. “The Korean Army wants to induct laser weapons and we are working hard to provide them the capability. It is likely that Hellcat will be the first laser weapon to enter service; we hope to be ready with it in three to five years.”

Among the weapons that Hanwha Corp. is developing is a tactical laser weapon system to protect military and commercial facilities from unmanned aerial vehicles (UAVs) that are difficult to pick up on radar. In November last year, the company won a 24.3 billion-won (US$22 million) project from Korea’s Agency for Defense Development (ADD) to develop a prototype of a laser oscillator that emits a laser beam.