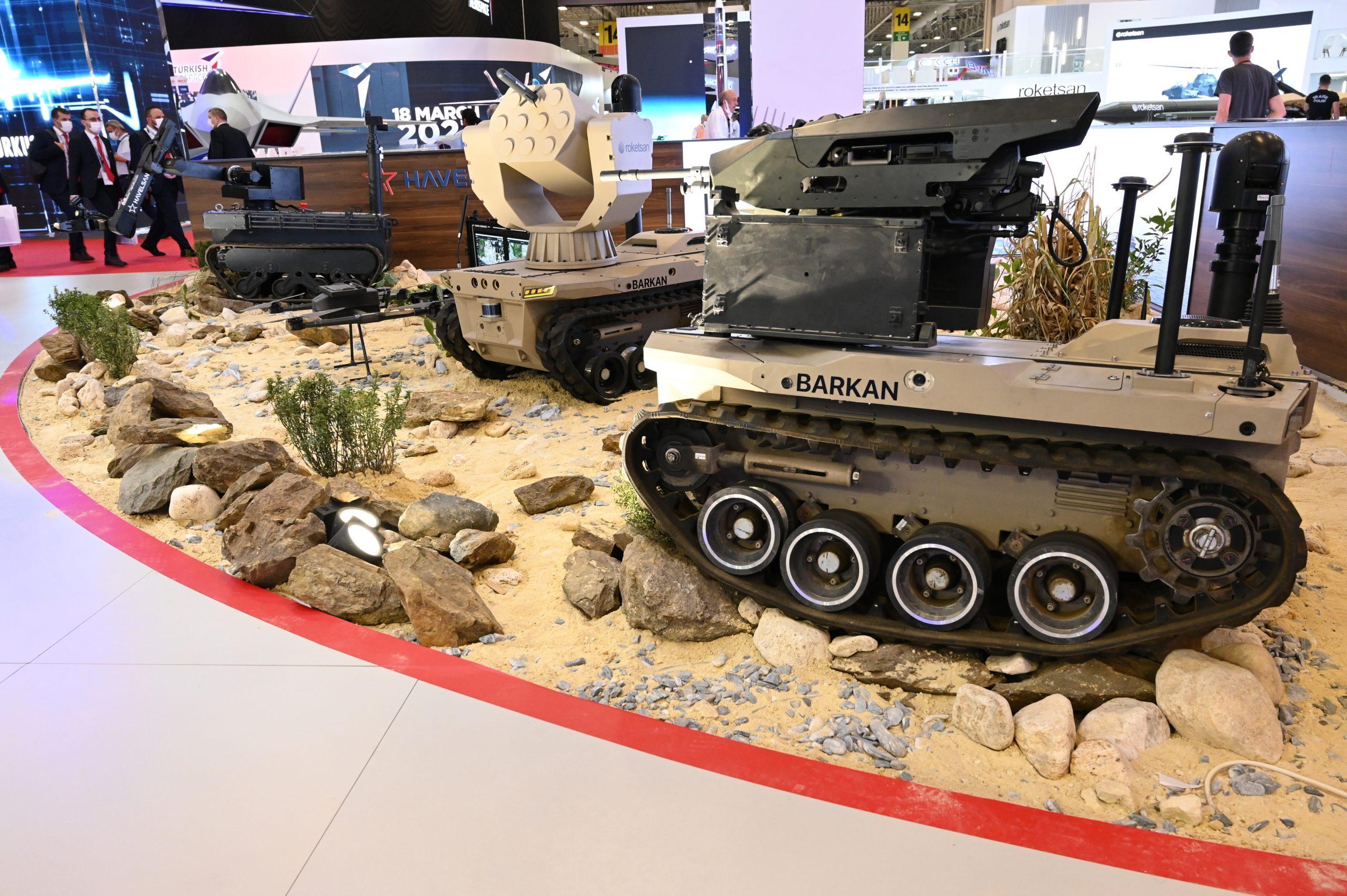 Digital Troops, in which unmanned autonomous aerial and ground vehicles perform joint operations, are among the 30 products and solutions that Turkish firm Havelsan is showcasing at IDEF 2021.

Digital Troops are being exhibited for the first time at the event. The major elements of Digital Troops, Armed Autonomous Unmanned Ground Vehicle Barkan, Unmanned Autonomous Aerial Vehicle Baha and Micro Reconnaissance UAV System M6, will be introduced to the participants at the show.

Havelsan will also organize a panel meeting on “Armies of the Future: Digital Forces” at the show at 11 a.m. on Aug. 19. The panel will be moderated by Celal Sami Tüfekci, Vice President of Defense Industries (SSB) and Chairperson of the Board at Havelsan. The company, which developed many technologies for surface and underwater platforms,, is also introducing the Submarine Combat Operations Center (SCOC) concept design, prepared with 3D modeling, at the event.

The company is also demonstrating its competencies in the field of naval command, control and combat management systems. It will announce the Airborne Early Warning and Control System “Kartal” to the public for the first time at the event and also inform participants about the Peace Eagle Project in which it plays an important role.