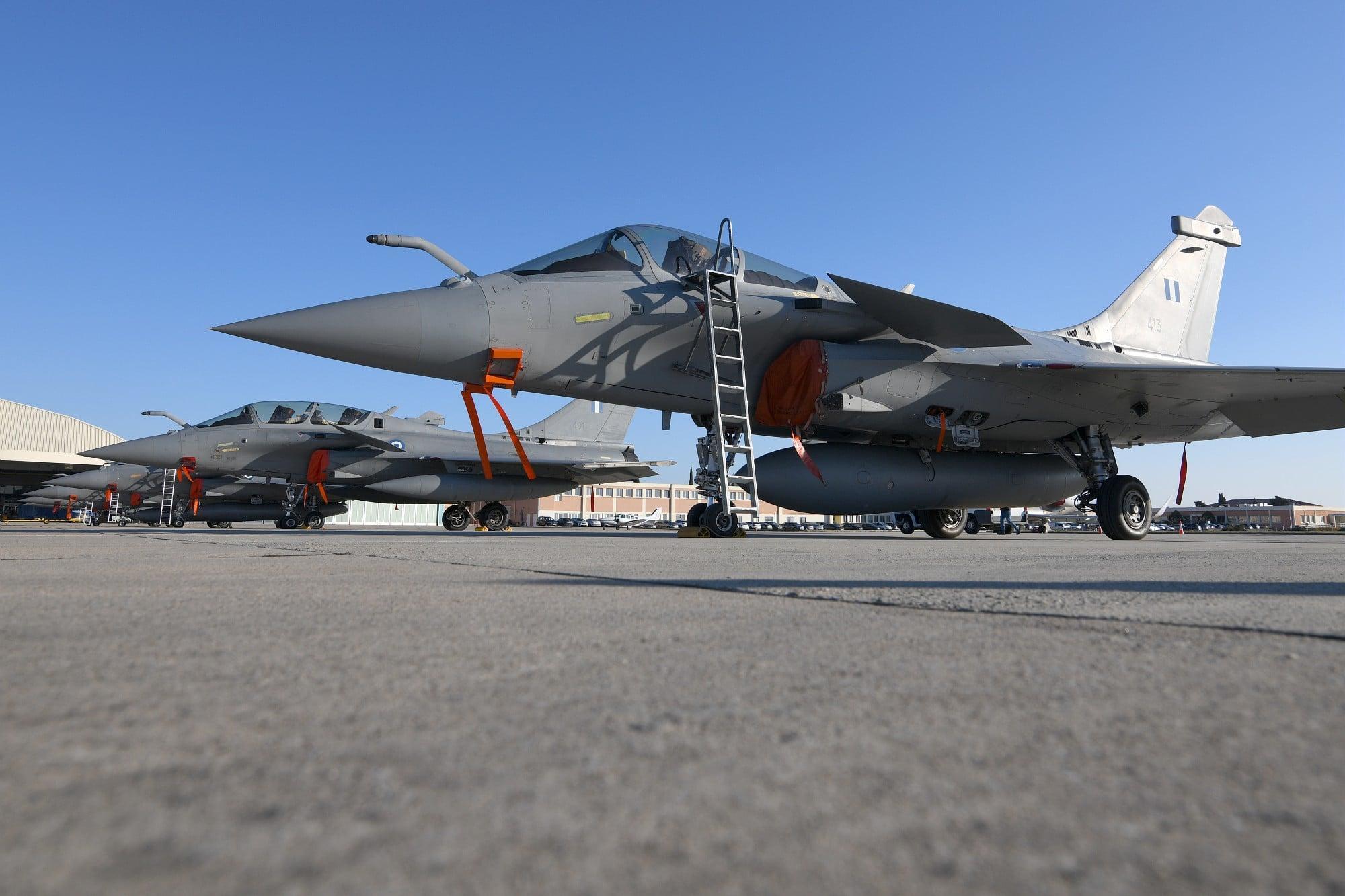 Hellenic Air Force (HAF) pilots have completed the ferry of the first batch of six Rafale fighter jets from Dassault Aviation’s site in Istres to the Tanagra Air Base in Greece.

The delivery of the next HAF Rafale will start at the end of 2022 with the objective to have all the fleet deployed at Tanagra Air Base by the summer of 2023.

The new fighter aircraft were welcomed by the Greek Prime Minister Kyriakos Mitsotakis, accompanied by the Minister of National Defense Nikolaos Panagiotopoulos and Senior Greek authorities. Éric Trappier, Chairman and CEO of Dassault Aviation, was also present to welcome their arrival.

“The mastery with which the Hellenic Air Force carried out this first ferry flight is a testimony to the excellence of our cooperation and the strength of our historical relationship with Greece for more than 45 years. Thanks to our mobilization, we were able to meet the expectations of the Greek authorities in record time, who now have the Rafale on national territory to reinforce the protection and sovereignty of the country. It also attests to the outstanding quality of our aircraft, confirmed by its export success. Lastly, it reflects our total commitment to meeting the needs of the HAF and to participating in Greece’s strategic ambitions,” declared Éric Trappier at the end of the ceremony

The six new aircraft enter operational service in the Hellenic Air Force’s 332 Squadron.The training of personnel will continue in the coming months in France and Greece.

France and Greece signed the contract for 18 new Rafales a year ago.