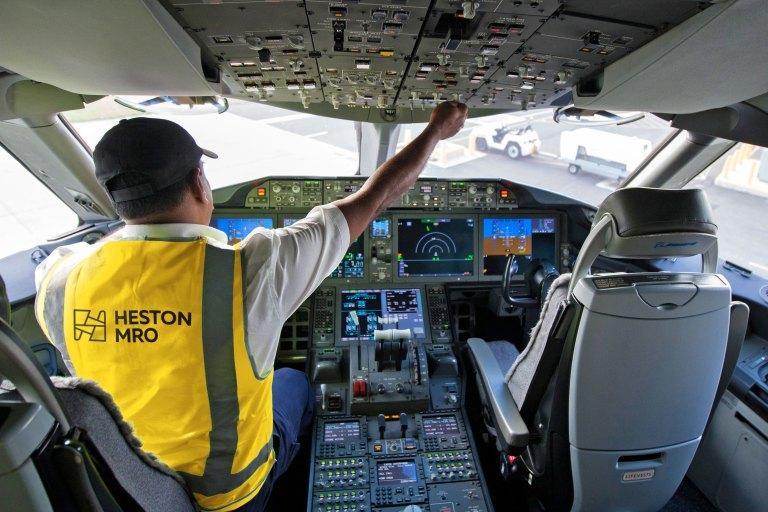 In addition to the successful daily flight between Tokyo (Haneda) and Sydney which has been operating for almost four years, ANA have launched daily flights to Perth.

“ANA are pleased to select Heston MRO as our Technical Handling provider for Perth, furthering our cooperation which began in Sydney back in 2015,” said Yoshiyuki Furuya, senior Manager Engineering at ANA.

As part of its drive to become a regional independent MRO of choice for international airlines flying into Australia, Heston MRO successfully passed a series of stringent quality audits from Japanese Regulator, adding its Western Australian Line station to its existing Sydney JCAB approval.

Heston MRO Perth is the second technical handling agent for ANA worldwide to be awarded full certification (CS) privileges from the commencement of ANA services at a new station.

“This is a testament to the efforts of the ANA and Heston MRO Project team and demonstrates the overall maturity of Heston MRO Line operations,” said Wayne Wildenburg, Quality and Safety Manager for Heston MRO.

Heston MRO has 20 years of operating history and airside presence in Sydney, Melbourne, Brisbane, Perth, Adelaide, and other airports in Australasia. Besides Line Maintenance and recently launched Components Services, the company is adding certification for Engine On-Wing technical capabilities. The resulting Total Technical Care services will be offered to airlines, leasing companies, and OEMs in the Australasian and South West Pacific region.