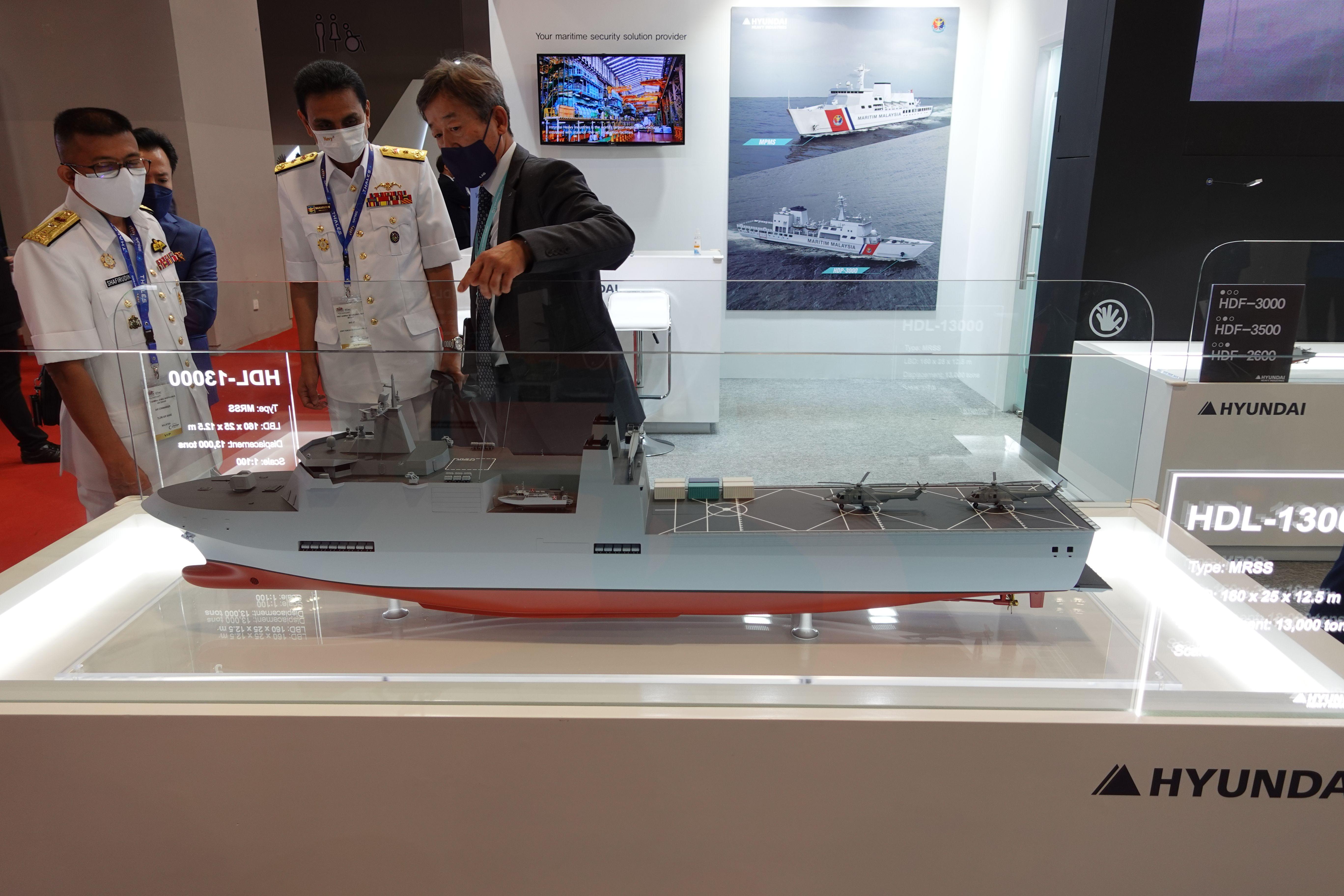 With a displacement of 13,000 tons, the HDL-13000 has a length of 160 meters, 25 meters beam, and a height of about 12.5 meters. The ship is able to carry two medium-sized helicopters inside its hangar and has enough space for three helipads on its deck.

The South Korean company is determined to follow up on its success in the South East Asiaregion after achieving success in exporting two 2,600 tonnes Jose-Rizal class frigates to thePhilippine Navy, both of which have been commissioned in July 2020, and March 2021respectively. Furthermore, in December 2021 the Philippine Navy has also awarded a contractto HHI for two HDC 3100-class corvettes.

With a length of 116 meters, 14.8 meters beam, and a displacement of around 3200 tons, these two ships are able to reach a maximum speed of 25 knots, with a maximum range of around 4,500 nm under a cruising speed of 15 knots. Both ships are said to be armed with South Korea’s own SSM-700K C-Star anti-ship missiles and VL Mica air defense missiles.