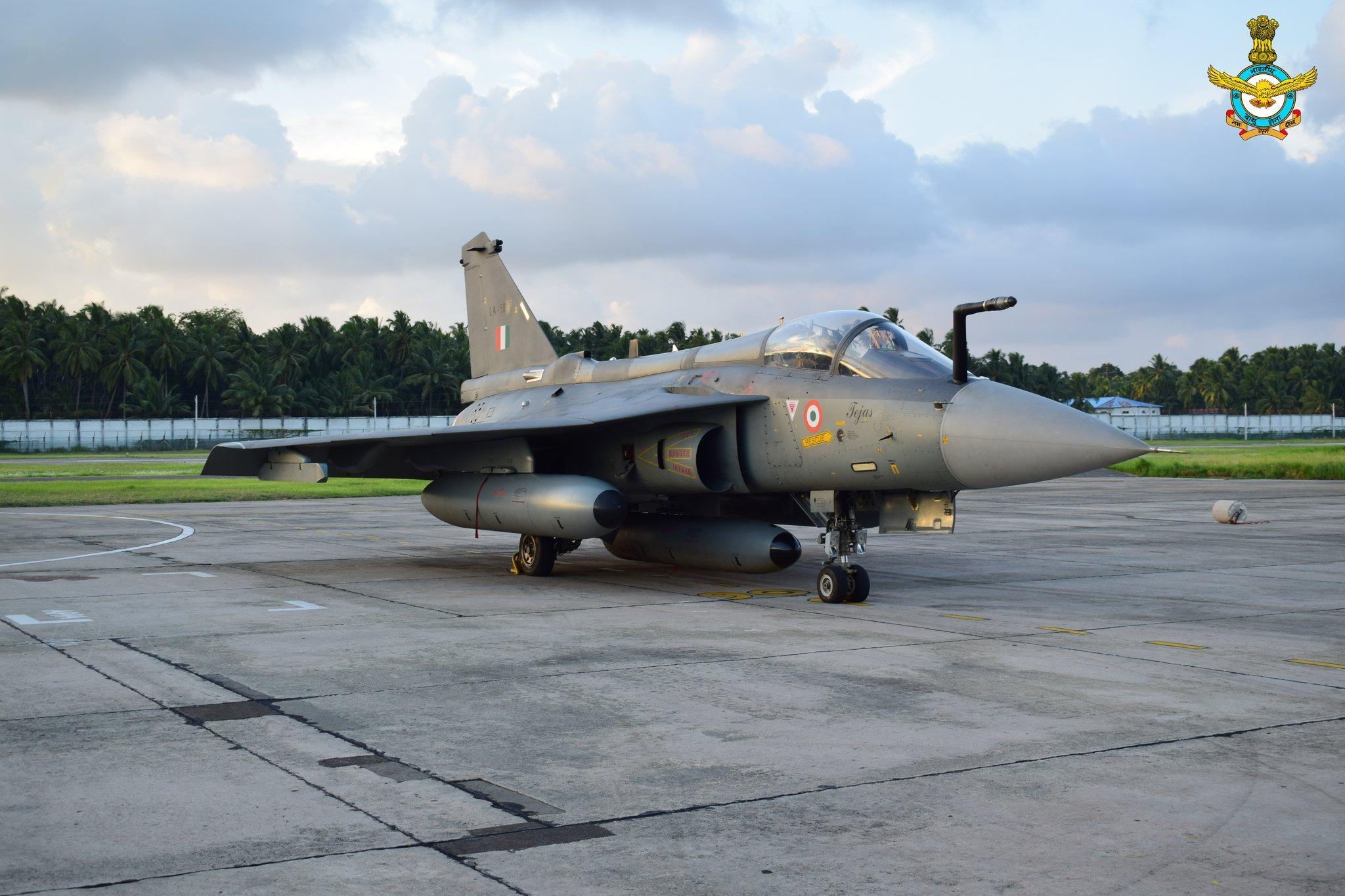 The Indian Air Force (IAF) is displaying the indigenously built Tejas Mk1 fighter aircraft at the ongoing airshow, in the type’s maiden appearance in Singapore.

“The participation at the airshow will provide an excellent opportunity to showcase the ease of handling & manoeuvrability of the Tejas aircraft,” the IAF tweeted.

A 44 member IAF delegation has ferried three aircraft to the Singapore airshow along with a supporting C-17 airlifter.

The Tejas is said to be in contention for the Royal Malaysian Air Force (RMAF) requirement for a light fighter, with the aircraft’s manufacturer, Hindustan Aeronautics Limited (HAL) already having briefed the RMAF on the aircraft’s capabilities.

The Tejas light fighter is in operational service with the IAF and has been displayed at other international airshows, such as LIMA, Bahrain Airshow and Dubai Airshow.

The Tejas light fighter is operational with the IAF in two variants IOC and FOC and a follow-on order for upgraded 73 Tejas Mk-1A single seat ac and 10 twin-seat ac has also been placed. The Tejas Mk-1A is equipped with critical operational capabilities of Active Electronically Scanned Array (AESA) Radar, Beyond Visual Range (BVR) Missile, Electronic Warfare (EW) Suite and an Air to Air Refuelling (AAR) probe.