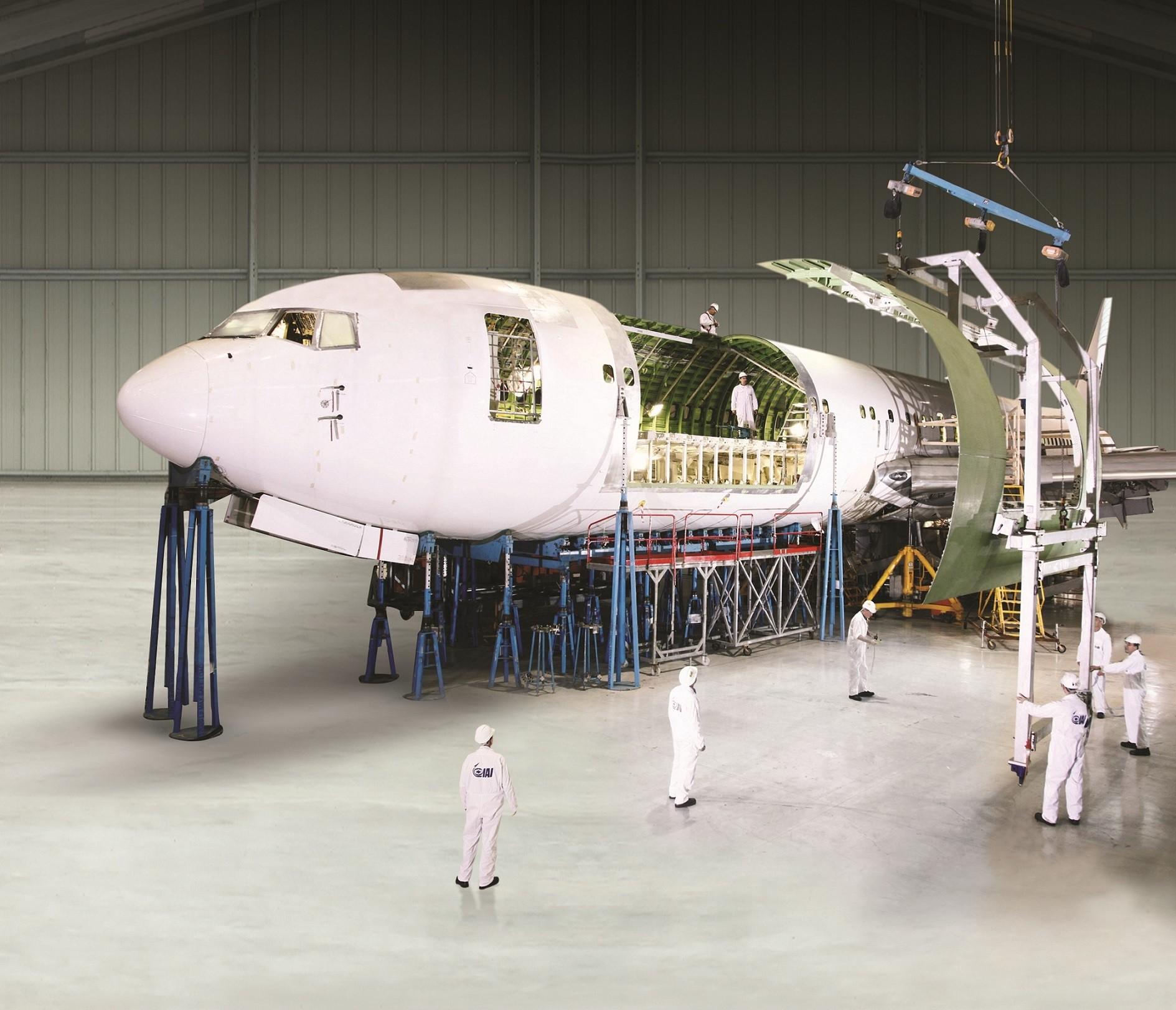 With cargo aircraft traffic projected to double in the next 20 years and demand for passenger-to-freight (P2F) conversions spiking, Israel Aerospace Industries (IAI), which has seen exponential growth in the sector, is set to announce more conversion sites for the B777-300 and other aircraft types.

The company, which in partnership with GE Capital Aviation Services (GECAS) started the structural modification phase in the conversion of the first Boeing 777-300ERSF in August, is also establishing a facility in Abu Dhabi with Etihad Engineering for Boeing 777-300ER P2F aircraft. In October, the company announced that it would convert 30 A330-300 jets from passenger to cargo configuration between 2025 and 2028 for aircraft leasing company Avolon.

Rafi Matalon, VP of Marketing in IAI’s Aviation Group, believes the demand for P2F conversions is here to stay and will continue to grow globally. “Converting passenger jets into cargo aircraft provides an excellent and economically smart solution to both airlines and leasing companies, giving them a solution for investing less than a third of the price of purchasing a new freighter with equally excellent, and even better, performance, and generating additional revenue for 10-15 years,” he says in an interview.

Boeing forecasts the global freighter fleet – freighters and conversions—to grow more than 60% to 3,260 over the next two decades, with as many as 2,430 freighters deliveries. Do you foresee IAI expanding its P2F conversion activity further to keep up with global demand?

As the air cargo industry has been expanding, both due to the rise in e-commerce and in response to the Covid-19 pandemic, IAI has been at the forefront of providing the best solutions to the industry and has established a number of P2F conversion sites all over the world for different aircraft models. As the demand for cargo aircraft soars, IAI is increasing its cargo conversion facilities globally.

As e-commerce has grown, so has the freighter market. More operators have turned to the phenomenon of cargo conversions as it provides a smaller investment than purchasing new aircraft and is a sounder solution to the market growth. Therefore, I believe cargo conversions will have a respectable place close to OEM production freighters and will be an asset to the industry as market demand grows.

Can you provide an update on the B777 freighter conversion program? What has the market response been like for the project?

In partnership with GECAS, IAI is working on the first B777-300ER conversion in the world and has begun the first structural modification of the aircraft in Israel. There is rising demand in cargo configuration for this model globally, and as such, we are working on establishing new conversion lines for the B777-300. We have recently announced our partnership with Etihad Engineering in Abu Dhabi to convert this model and look forward to expanding the project to other locations around the world.

When do you expect the Boeing 777-300ER conversion center in Abu Dhabi to start operations?

We expect to begin the first conversion in April 2023.

How long after the signing of the Abraham Accords did IAI and Etihad Engineering start initial discussions on the new facility?

We began discussions immediately following the signing of the Abraham Accords, which opened a door to the Gulf market and gave us an opportunity to reach new partners like Etihad.

How much potential do you see in the Middle Eastern market, and not just in the P2F conversion arena? Is the company currently in discussions with any other company in the Gulf region for a potential partnership?

We consider the MRO market in the Middle East to have very high potential for partnership with IAI, due to our unique and leading conversion capabilities. As a general strategy, IAI is always looking for potential new partnerships, and are in dialog with a number of airlines.
Earlier this year, the company announced plans to open a new B777 freighter conversion line at Incheon International Airport in South Korea.

You also have two conversion sites for Boeing 737 narrow-bodies in China. With the Asia Pacific region being one of the strongest drivers of air cargo demand, do you plan to open more conversion facilities in the region?

Currently, IAI does not have stiff competition in the P2F field. With air cargo demand being high, do you see that changing? How do you plan on staying ahead of the competition?

I am proud of our leading position in the air cargo conversion industry. IAI is a unique company that has developed and converted in all three aircraft categories – narrow body, mid-size, and wide body. From its first B747 cargo conversion and STC development and later on with its B767 conversion program, we have been a leader in providing the best solution to the cargo conversion market for over 40 years, and while we have had competition with OEM and private companies, I believe IAI will continue leading the field and adjusting to market demand to provide customers with the best solutions.

Bellyhold space in passenger aircraft is going to come back eventually. Do you think that will have a negative impact on the surging demand for P2F conversions?

I believe that the passenger market will recover shortly, and we will see a return to normal air traffic by 2023. While we will need to find a new balance between passenger belly holding space and the passenger-to-freighter conversions, the new market demand for converted aircraft will only keep growing and will be larger than prior to the Covid-19 pandemic. As people around the world adjusted to the pandemic, they became accustomed to making online purchases and the trend for online deliveries will continue once air travel returns, thus fueling the continued rise in e-commerce and providing a continued necessity for the converted cargo aircraft.

What is your opinion about P2F as a sustainable business strategy for carriers?

During the Covid-19 pandemic, we faced a large demand for cargo conversions from purely passenger airlines. These airlines understood that as the unexpected global situation grounded most of their passenger fleet, freighters continued flying. In order to reduce the huge risk and loss of revenue, these airlines chose to mix their fleet and have revenue (instead of finding themselves at zero or lost revenue), and therefore turned to the passenger-to-freighter conversions as the best solution for their business.

What has been the effect of the pandemic on IAI aviation group? Are you back to being as busy as you were during the pre-pandemic period?

While the Covid-19 pandemic has impacted the airline industry more than other industries, IAI’s Aviation Group has accepted the challenges posed by the global situation and has responded to the global market demands – namely, by increasing its P2F conversion lines and leading the air cargo industry to new heights.