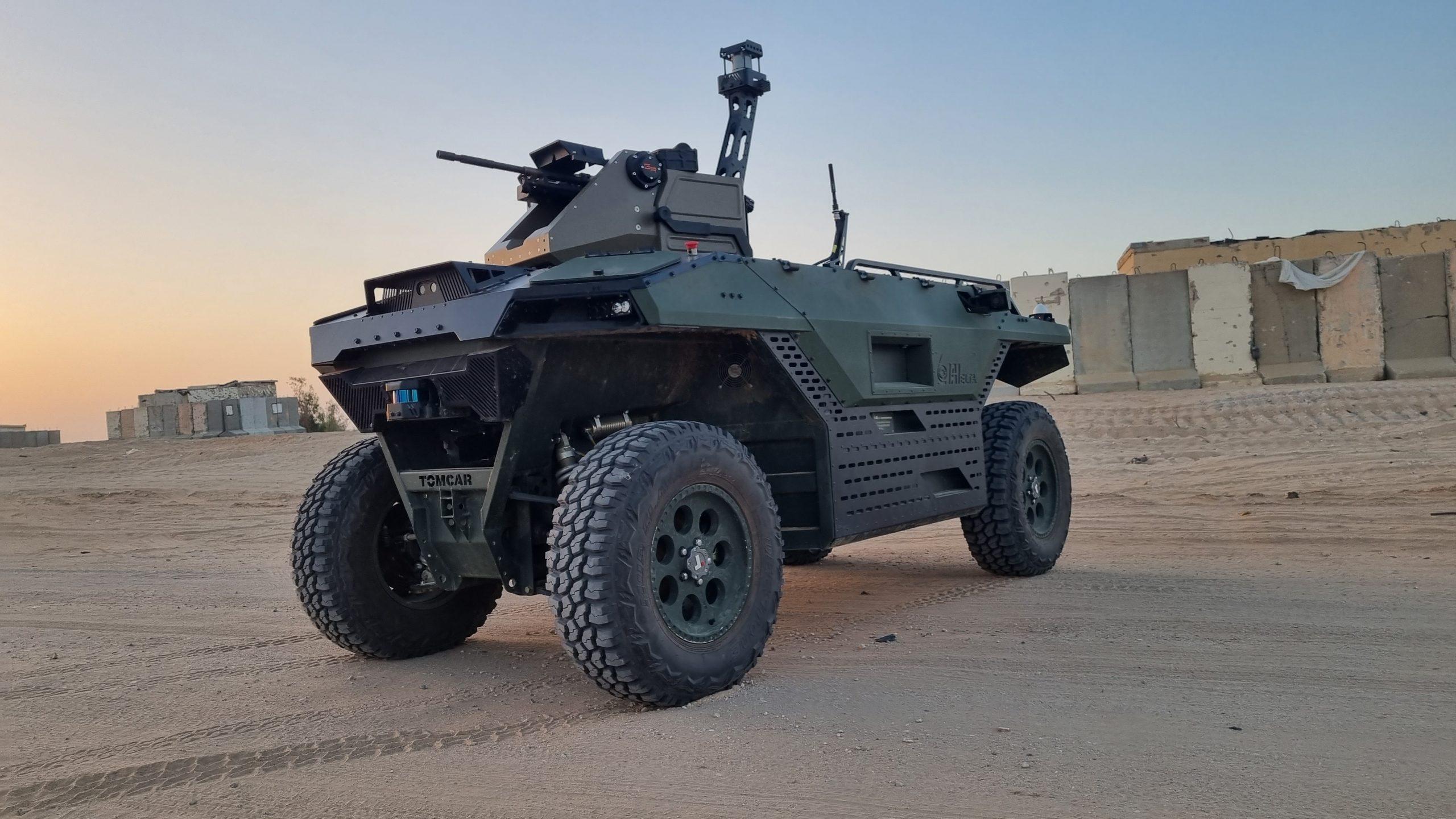 The REX MK II unmanned land vehicle is adapted to a range of ground missions with advanced manoeuvrability and ability to carry a load of 1.3 tons.

Zvika Yarom, GM Land Division, IAI said: “The need to support ground forces in the field to carry out various missions while minimising threats to soldiers’ lives is at the heart of our values here at Israel Aerospace Industries. This system is based on harnessing our decades long experience with UAVs, to implement in the world of land vehicles. IAI’s unmanned land platforms are in use operating along Israel’s borders and in different fighting units as well as in other locations around the world. We are experiencing a rise in demand from clients for unmanned land platforms.”

The REX MK II can also attack targets by using remotely controlled weapons systems including a 7.62mm machine gun, a cal 0.50 heavy machine gun, and as a multi-mission multi-purpose platform to support additional missions based on troops needs.

The system can also gather intelligence through a situation-awareness-system that incorporates electro-optical sensors and radar.

The new REX MK II joins other operational unmanned platforms developed by IAI including the Jaguar, an unmanned land platform for defending borders, gathering intelligence and carrying out attacks; the RobARC, an operational unmanned platform for uncovering and destroying ground level and subterranean explosive devices; the Robattle – a robotic operational land platform with high manoeuvrability, carrying out complex missions in difficult conditions, quickly and safely; the RobDozer – an unmanned bulldozer intended to carry out complex military engineering in danger zones.