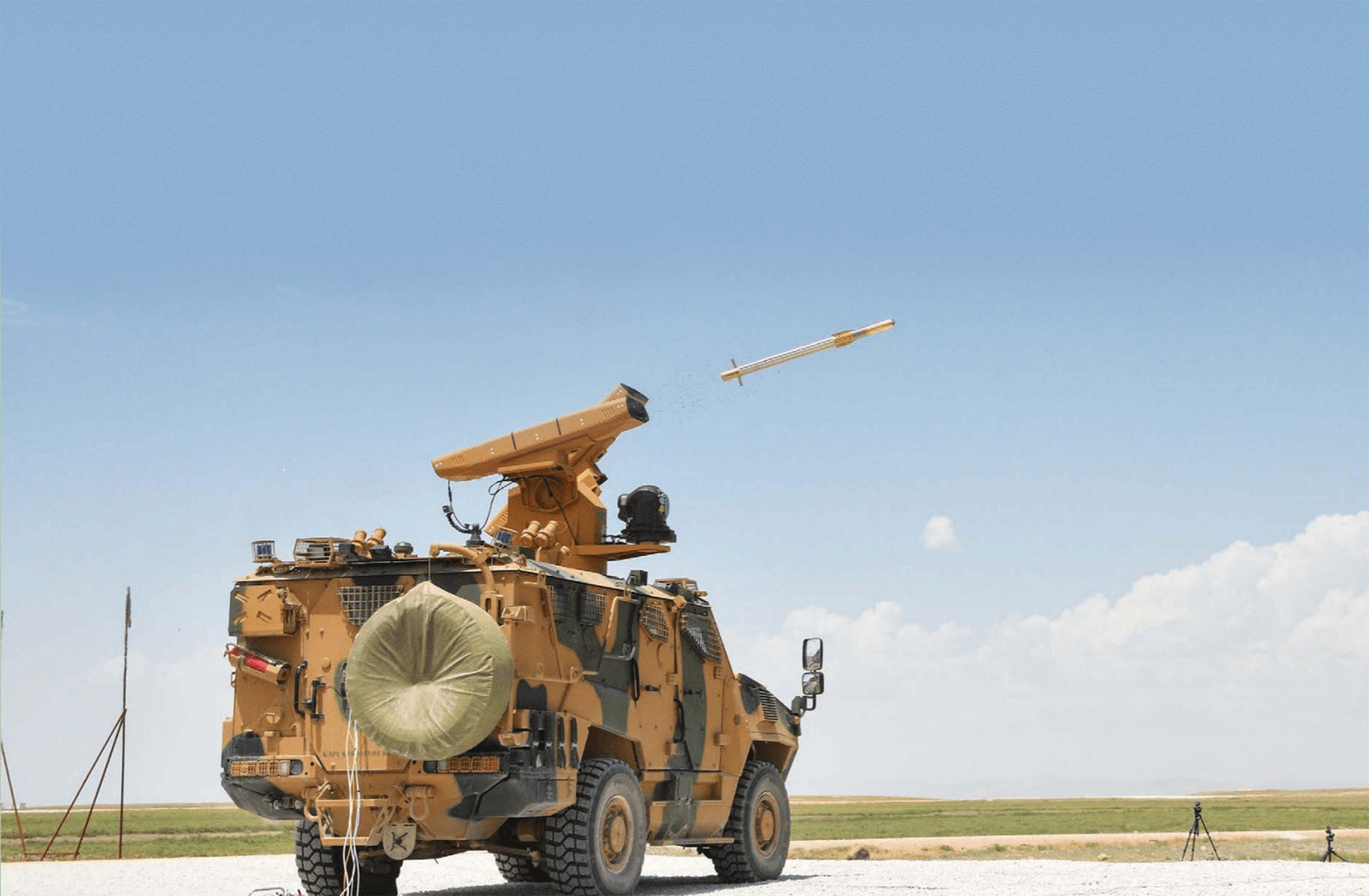 The Sungur Weapon System, a new generation Short-Range Air-Defence Missile System developed by Roketsan, is garnering attention at the ongoing IDEF 2021. The weapon system will be added to the Turkish Armed Forces (TAF) inventory later this year.

According to the company, the qualification process for Sungur’s serial production line is ongoing. Ground tests and flight tests are likely to be completed shortly.

Sungur can provide low-altitude, short-range air defence to mobile and fixed units and facilities in the battlefield and in the hinterland. In the firing tests conducted in February this year, the weapon system destroyed a high-speed air target with a direct hit at the maximum range and altitude.

The 8 km range air defence missile used in the system is the primary feature that distinguishes Sungur from its peers. The missile system features a warhead with an explosive power higher than that of similar systems, and Infrared Seeker (IIR) technologies that maximise precision. The warhead and the IIR technologies provide the system significant advantages in the destruction of air targets. Sungur’s propulsion system ensures the effectiveness of the missile at ranges longer than its equivalents, while its sight allows the user to detect and view the target from a long distance before firing.

The Identification Friend or Foe (IFF) System allows for updates to the target. Another distinguishing feature of Sungur is its target locking and fire-and-forget capabilities in the pre-firing department. The weapon system, which can be integrated with the Air Defence Early Warning and C4I System (HERİKKS-6), is thus perform a fully integrated mission with other units in the battlefield.