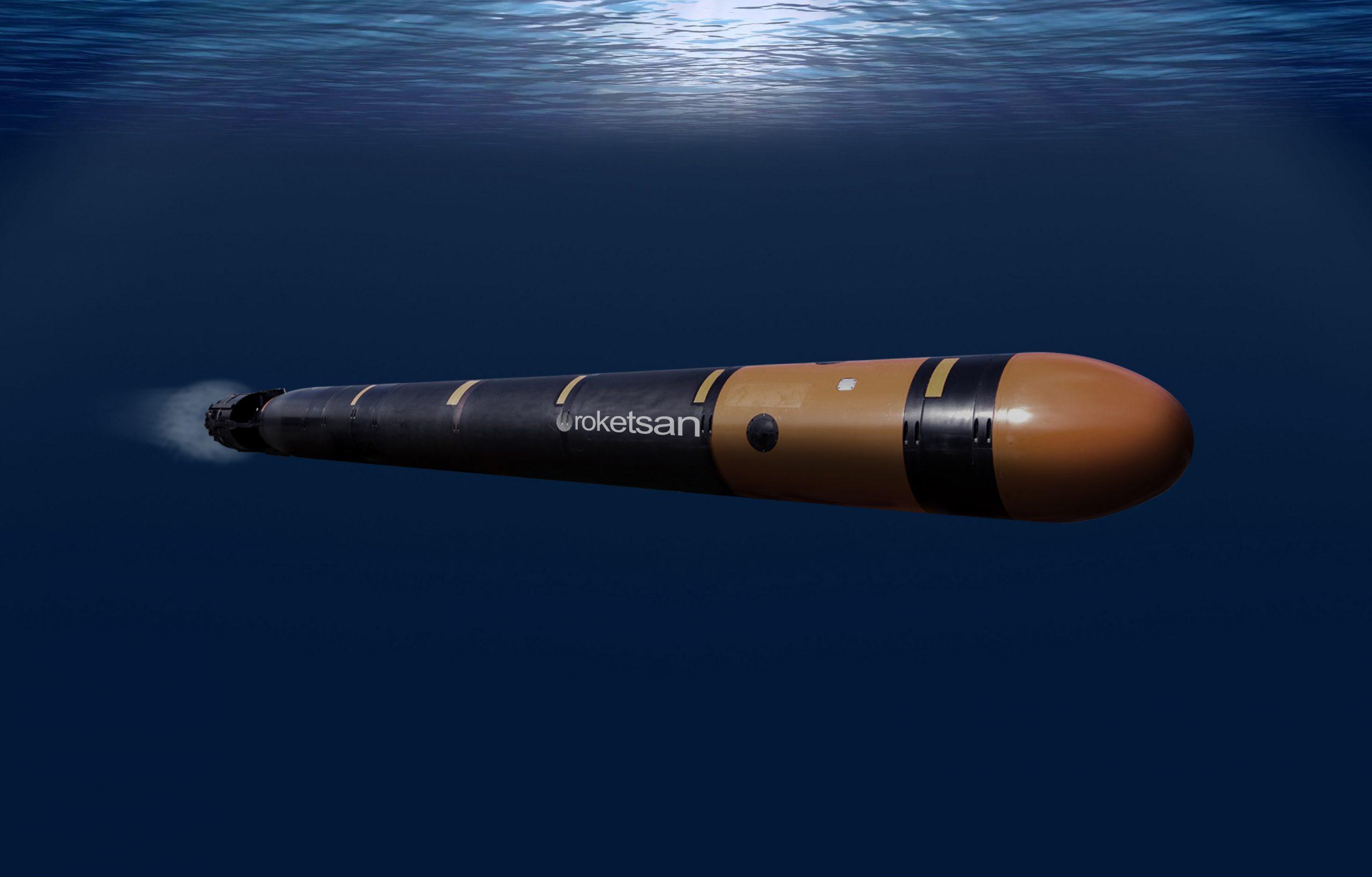 Roketsan has unveiled its AKYA Heavyweight Torpedo at IDEF’21.

“The works carried out by Roketsan for AKYA are continuing with success, and according to the planned schedule. The torpedo is aimed to be introduced to the Turkish Naval Forces within 2021,” a company official informed.

AKYA Project transfers Roketsan’s critical capabilities acquired in the development of precision-guided, high-speed intelligent rocket and missile systems to the depths of the sea. The torpedo is designed for launch from submarines against various surface targets and other submarine targets, and has been developed entirely with national capabilities and resources.

AKYA will satisfy an important need of the Turkish Naval Forces for underwater platforms, the official adds.

While AKYA’s qualification tests are in progress, Low-Scale Initial Production activities are continuing to meet the priority needs of the Turkish Naval Forces.