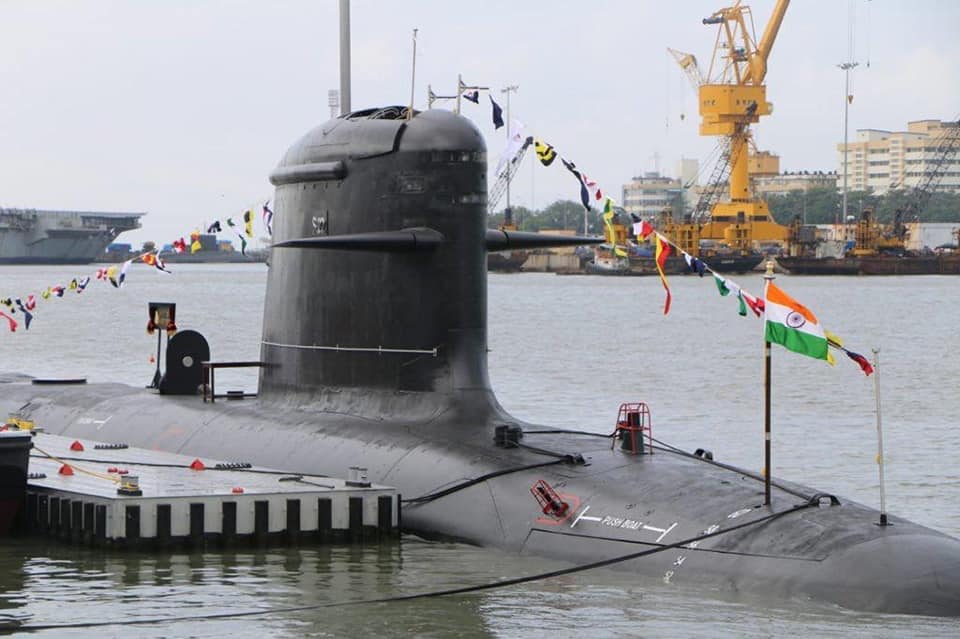 The 2nd Scorpene Class Submarine for the Indian Navy has been commissioned into service. The new submarine named INS Khanderi was built by built by Indian shipyard Mazagon Dock Shipbuilders Limited (MDL) via technology transfer and partnership with French Shipbuilder Naval Group.

The original INS Khanderi, was a Soviet origin Foxtrot Class submarine, inducted into the Indian Navy in 1968 and later participated in the 1971 war.

INS Kalvari, the first of the Class was commissioned in December 2017, while the 3rd and 4th of the submarines, Karanj and Vela were launched in January 2018 and May 2019 respectively.

INS Kalvari first put out to sea in 2017 and was handed over to the Indian Navy on completion of trials in September 2019.

Indian inked the deal for delivery of six Scorpene submarines at a contract value of US$3 billion in 2005.