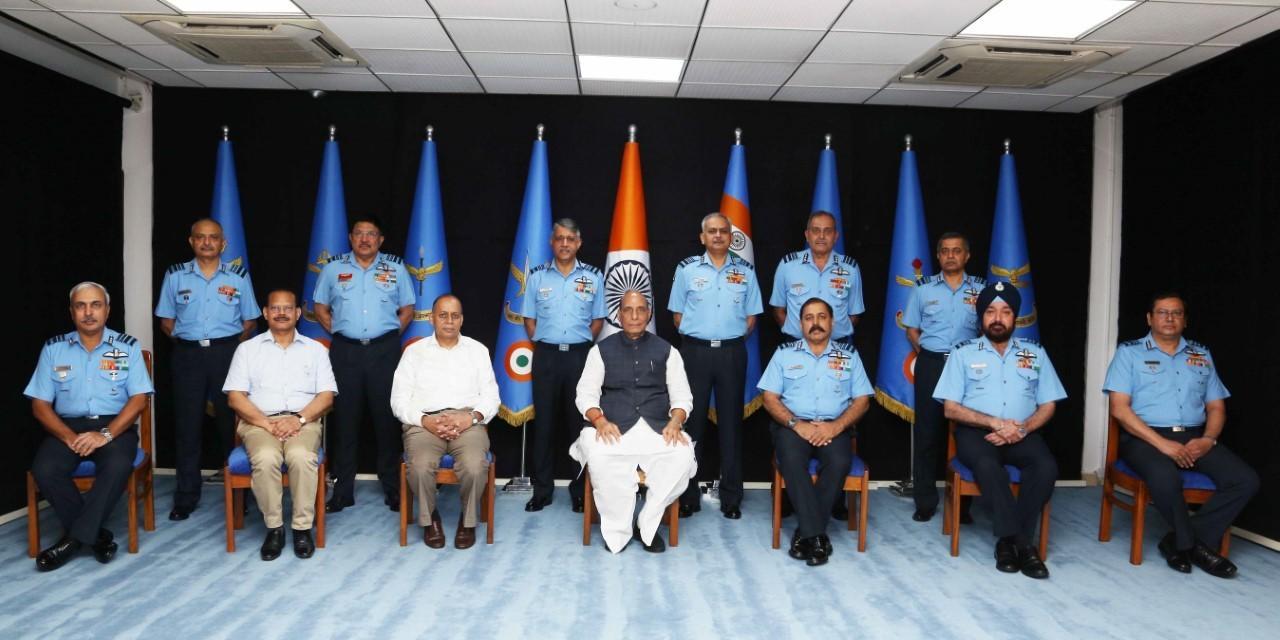 The Indian Air Force (IAF) Commanders’ Conference (AFCC), which features participation of the top uniformed officers of the service, is currently underway in New Delhi. The AFCC is chaired by  Defence Minister Rajnath Singh.

The theme of this year’s AFCC is ‘IAF in the Next Decade’.

Senior air force commanders over the course of the three day conference will review the current operational scenario and deployments before deliberating on building the IAF capabilities in the next decade to tackle all emerging threats.

IAF Squadrons are currently in a high state of readiness on the country’s borders and the Defence Minister commended the IAF on rapid deployment of its assets at forward locations in response to the prevailing situation in Eastern Ladakh.

IAF Chief Air Chief Marshal RKS Bhadauria, in his address to the Commanders, said that the IAF was well prepared to counter short term as well as strategic threats and the units were evenly poised to counter any aggressive action by the adversary.

He emphasized on the need to focus on the ability to handle situations at a short notice for ensuring a robust response.