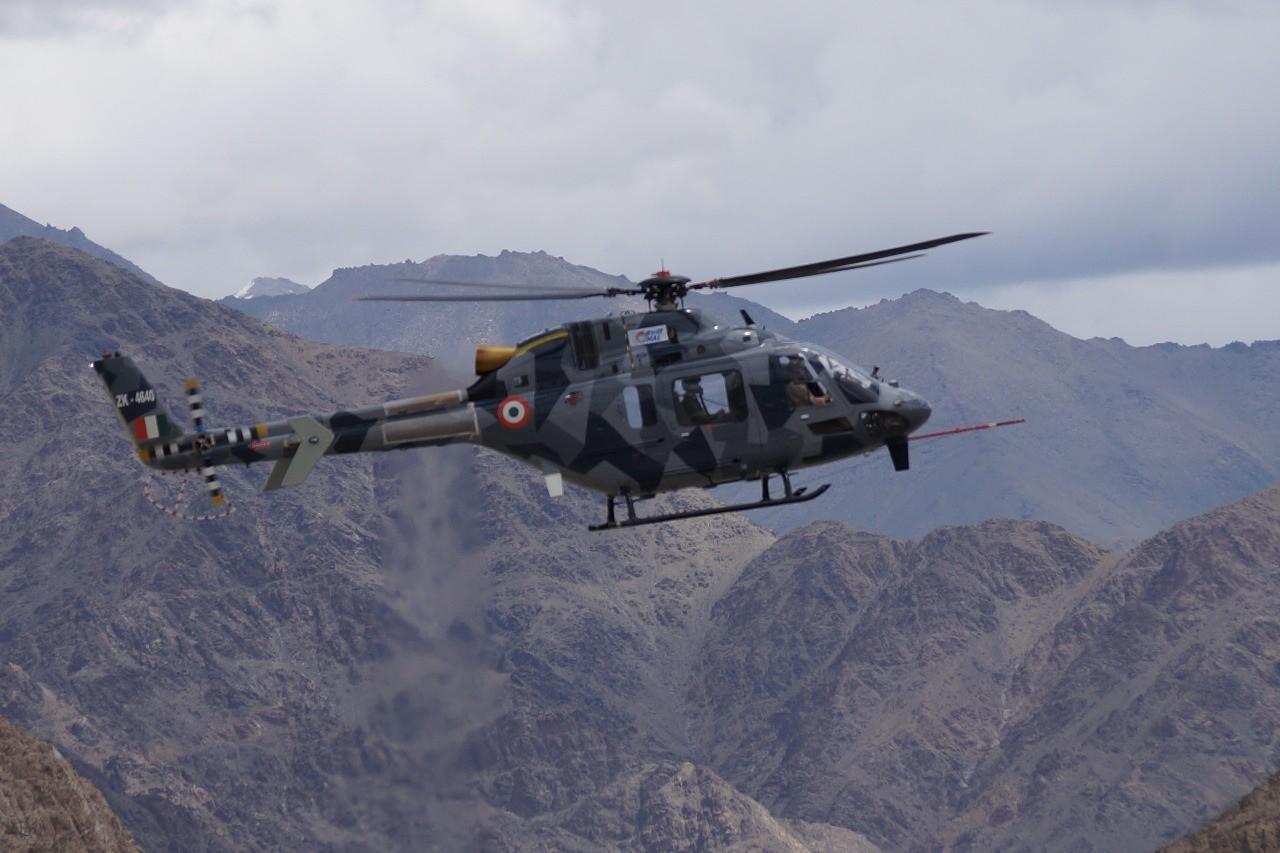 The Indian Light Utility Helicopter (LUH) which is designed and developed by state owned airframer, Hindustan Aeronautics Limited (HAL) has successfully demonstrated its high altitude capability in hot and high weather conditions in the Himalayas.

The trials were carried out by the test pilots from HAL, Indian Air Force (IAF) and the Army from August 24 to September 2, 2019.

The LUH is now close to operational clearance certification, says HAL, CMD, R Madhavan. The LUH completed its hot weather trials at Nagpur in 2018, cold weather trials at Leh in 2019,  sea level trials at Chennai in 2018 and at Puducherry in 2019.

For the recent trials, a comprehensive test plan was executed at Leh (3300m) in temperatures up to International Standard Atmosphere (ISA) +32 degree C which included envelope expansion, performance and flying qualities.

The HAL LUH then lifted off from Leh and demonstrated its hot and high hover performance at Daulat Beg Oldie (DBO) Advanced Landing Ground (ALG) at 5000m followed by  another forward helipad (5500m at ISA +27degree C).

The helicopter embarked on a 3000km flight from Bengaluru to Leh over a period of three days traversing many civil and military airfields. During the course of ferrying and trials at high altitude, the chopper revealed high reliability without any service support.

HAL is setting up a manufacturing facility for LUH near Tumkur, Karnataka.