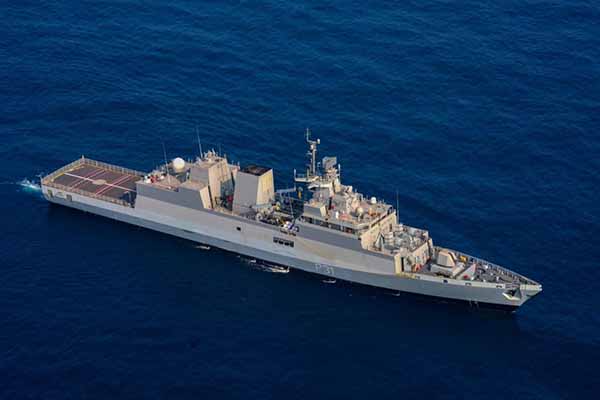 The Indian Navy has received its newest warship, Kavaratti, which is the last in the Series of 04 Anti-Submarine Warfare Corvettes (ASWC) built by Garden Reach Shipbuilders and Engineers Ltd. (GRSE) under Project 28

The new ASW Corvette is the 104th Warship built and delivered by GRSE since 1960. The Kamorta class of Corvettes are designed to be equally effective in the littorals as well as in the deep oceans.

INS Kamorta, INS Kadmatt & INS Kiltan were the first three ships of the series and delivered earlier. The P 28 Class of warships form an integral part of the Indian Navy’s Eastern Fleet. The Kavaratti,  has a displacement of 3250 tonnes, length of 109 M and width of 12.8 M. The warship has a maximum speed of 25 Knots, with an endurance of over 3400 NM at 18 knots speed and can accommodate 17 officers and 106 sailors.

The Kamorta Class ASW Stealth Corvettes built by GRSE feature an indigenous content of 90 percent and have an “X” form Hull and Super Structure for very Low Radar Cross Section and special design and a propulsion system which minimizes Radiated Underwater Noise.

This Class of warships also made use of a Special High Strength Warship Grade Steel Type ‘DMR 249A’ which was indigenously developed and used for shipbuilding for the first time in India.

The last two warships Kavaratti and INS Kiltan are also feature a Superstructure made of Carbon Fiber Composite Material. This is the first time in India that such composite material is being integrated with steel hull of a ship and GRSE is the first Indian shipyard to do so.