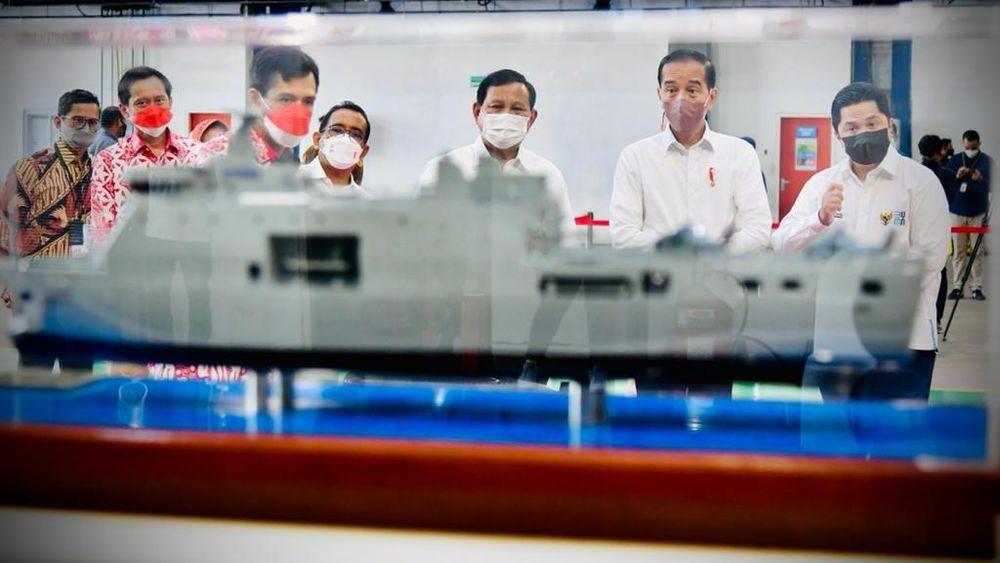 The President of the Republic of Indonesia, Joko Widodo (Jokowi), has officially launched “Defence Industry Indonesia”, shortened as “DEFEND ID”, as a holding company consisting of five Indonesian State-Owned Enterprises (SOEs) in the defense sector in Surabaya, East Java on Wednesday (Apr. 20).

The company is formed to consolidate the Indonesian defense SOEs to build a strong and modern defense industry ecosystem and to support the development of the Indonesian domestic defense Industries.

“We must realize the independence of the defense industry together, we cannot do it separately. We have to strengthen the industry, (and) we also have to build the ecosystem, so that it grows and develops further,” said Jokowi at the event. “Therefore, I appreciate the formation of the state-owned defense industry holding company, called DEFEND ID, which I have been waiting and pursuing for a long time,” he added.

The Indonesian Defense Minister Prabowo Subianto who was also attending the event has expressed his hopes that DEFEND ID will increase its usage of domestic components to 50% for key technologies and become the world’s 50th largest industry in the defense industry by 2024.

“With the existence of DEFEND ID, (we) hope that it can be a solution to accelerate the independence of the Indonesian defense industry to meet (our) domestic defense equipment needs, in terms of human resources and the quantity as well as the quality of technology,” he said.

As part of the official launch ceremony, the Indonesian president has also witnessed six cooperation agreement signings between DEFEND ID, the Indonesian Ministry of Defense, and two global partners. These are: