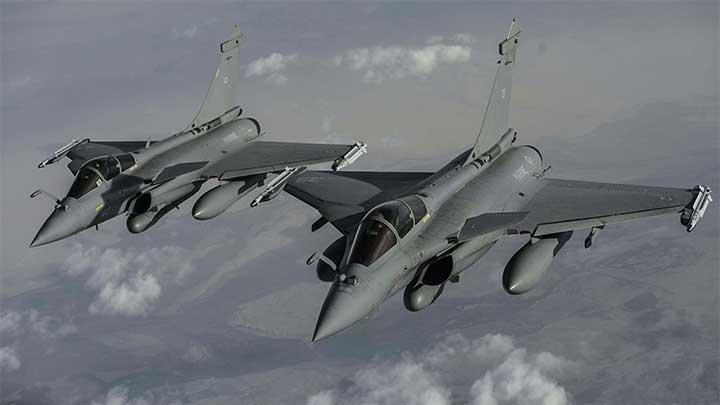 The Indonesian Defence Minister, Prabowo Subianto, has stated that the contract for Rafale jet fighters acquisition “Just needs to be activated” and that Indonesia is still negotiating with the United States for the F-15EX Eagle II jet fighters during a press conference in Jakarta, Thursday (Jan. 20).

His remarks came two days before the planned visit by the France’s Minister of the Armed Forces, Florence Parly to Jakarta on 22 January. It is highly likely that a contract will be signed during her visit.

In June 2021, Indonesian government signed a letter of intent to acquire up to 36 Rafale jet fighters complete with armaments and support from France. However, Indonesia’s recent difficulties in securing funds for the acquisition due to the pandemic might force the country to reduce its order to between six to twelve.

As part of the plan to increase the strength of the Indonesian Air Force (TNI-AU) with three more squadrons of multi-role jet fighters, Indonesia has also expressed an interest to acquire eight F-15EX Eagle II jet fighters from the United States. It has been reported that a delegation from Boeing paid a visit to the Chief of Staff of TNI-AU, Air Chief Marshal Fadjar Prasetyo in December last year to discuss the planned acquisition further.

On 22 December 2021, Fadjar Prasetyo has also confirmed that Indonesia “with heavy heart” has decided to abandon the previous plan to purchase 11 Sukhoi Su-35 jet fighters from Russia in order to allocate the funds to purchase Rafale and F-15EX instead.