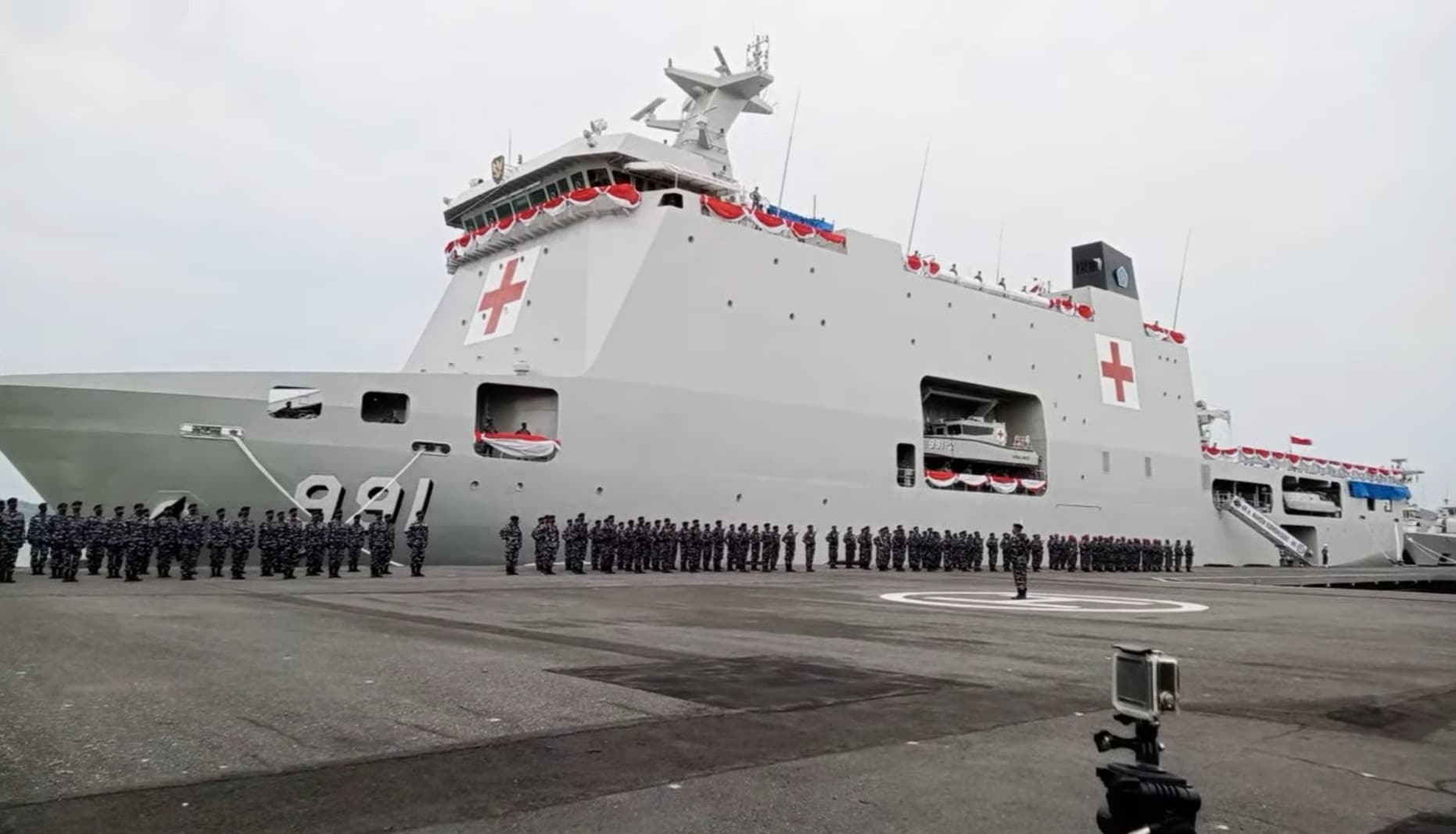 The commissioning ceremony too place at the service’s headquarters in Surabaya, East Java, on Friday.

Launched on 7 January 2021, KRI dr. Wahidin Sudirohusodo (991) underwent several tests before being formally accepted into service. The ship is the first of two Sudirohusodo-class hospital ships. The second one is currently being built and expected to be launched by the end of the year.

With a displacement of 7,290 tonnes, the ship can accommodate up to 651 people onboard including medical personnel and patients. It has a maximum cruise speed of 18 knots and 30 days endurance, and is also equipped with 2 helicopter landing spots. The ship also carries two ambulance boats on board.

KRI dr. Wahidin Sudirohusodo (991) is projected to take over from KRI Semarang (594), which was being used temporarily as a hospital ship. The latter will return to its original role as a Makassar-class Landing Platform Dock (LPD).

KRI Golok (688) is actually the second Klewang-class FAC. It was launched on Aug. 21 last year to replace KRI Klewang (625) which was destroyed by fire prior to its acceptance by TNI-AL on Sept. 28 in 2012, just four weeks after its launch on Aug. 29 the same year.

Utilizing an advanced carbon-fiber matrix layered with fire-retardant material, KRI Golok (688) is designed to minimize its radar signature especially from the frontal aspect. With trimaran construction, the ship is said to be able to reach a maximum speed in excess of 28 knots.

While the ship hasn’t been fitted with a complete sensors and weapons, it is expected that the TNI-AL will soon install either a Remote Controlled Weapon Station (RCWS) with a 40 mm caliber naval cannon or a 30-35 mm Close In Weapon System (CIWS) inside a stealth mount in place of its current armament of a manually-operated 40 mm cannon. The ship is also projected to be armed with either two or four anti-ship missiles in the same class as the MM40 Exocet.