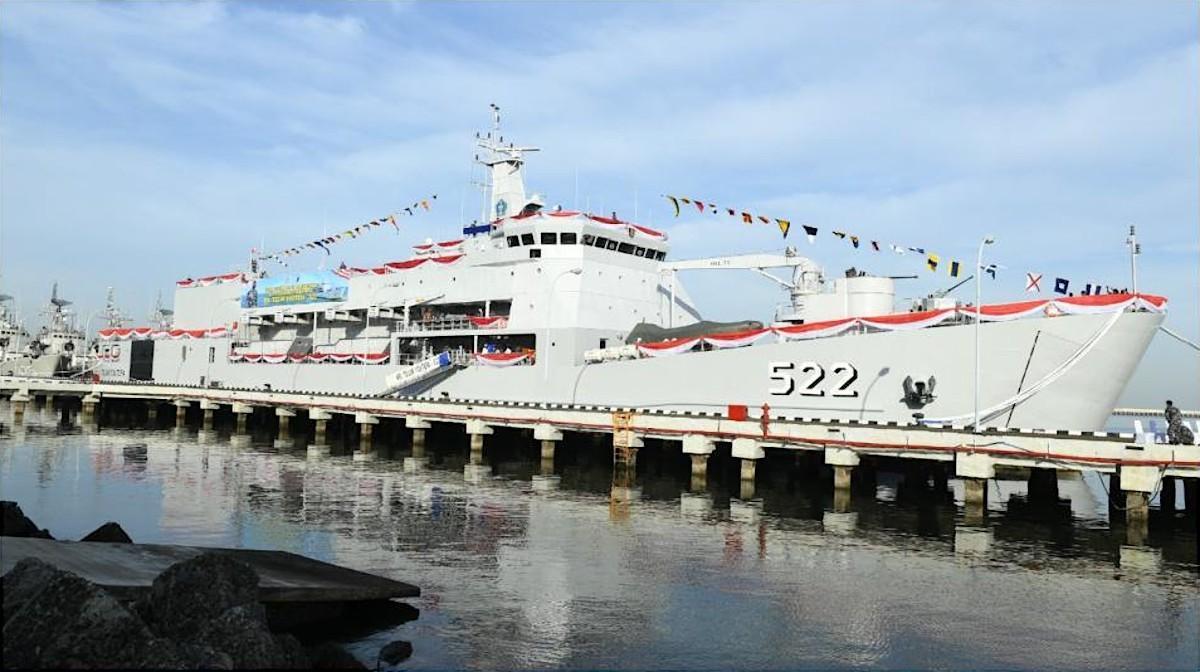 Named after Youtefa bay in Jayapura, Papua province, KRI Teluk Youtefa (522) and other ships in its class are projected to replace some of the old LSTs in TNI-AL service which have been operational for more than 40 years. The ships in the class are also the first TNI-AL LSTs to be designed and built locally.

With a displacement of between 4500 to 5200 tons, each of Teluk Bintuni-class LSTs are designed to be able to carry 10 Leopard 2 Main Battle Tanks (MBT) of the Indonesian Army (TNI-AD). In addition, each ship of this class still has the capacity to carry 476 passengers including crews, as well as having a hangar and a helipad to carry and operate one helicopter.

PT DRU is a private shipyard company based in Bandar Lampung, Lampung province. Established in 1972, the company is responsible for designing and building the Teluk Bintuni-class LSTs as well as the more recent OPV-90 offshore patrol vessel project for the Indonesian Navy.