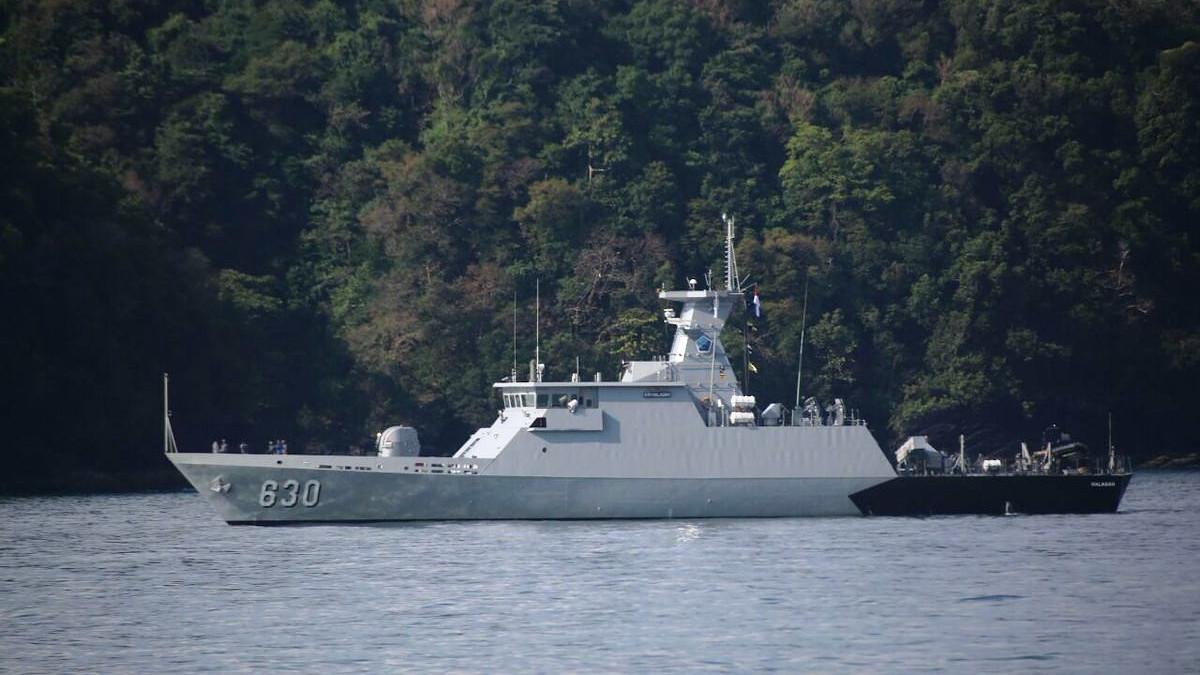 After replacing its 40 mm caliber main gun with a Bofors 57 mm L/70 Mk.3, the Indonesian Navy (TNI-AL) is in the final stage of installing the Exocet MM40 Block 3 Surface-to-Surface Missile (SSM) onboard KRI Halasan (630).

Launched in 2014 as the third vessel of six Sampari-class 60-meter fast missile ships of the TNI-AL, KRI Halasan (630) was originally armed with only a Bofors 40 mm main gun and a pair of Yugoimport-SDPR M71/08 20mm manually-operated cannons. The ship underwent a refitting process at PT PAL shipyard to replace its main gun last April and will soon return to active duty armed with Exocet MM40 SSM and upgraded electronics.

Unofficial photos circulating in the Indonesian military enthusiasts’ circles have shown KRI Halasan (630) with a pair of mounting points for Exocet MM40 SSM launchers already installed. When finished, the ship will be able to carry four such missiles which will increase its firepower substantially.

Sampari-class ships have two different weapon configurations with only two Yugoimport 20 mm secondary cannons as standard. Whereas each of the first two ships of the class, KRI Sampari (628) and KRI Tombak (629), are armed with a Russian-made Burevestnik 57mm AU-220M naval gun, Chinese-made Type 630 CIWS, and four C-705 anti-ship missiles, the rest will be armed with a Bofors 57 mm main gun and 4 Exocet MM40 Block 3 SSM starting with KRI Halasan (630).