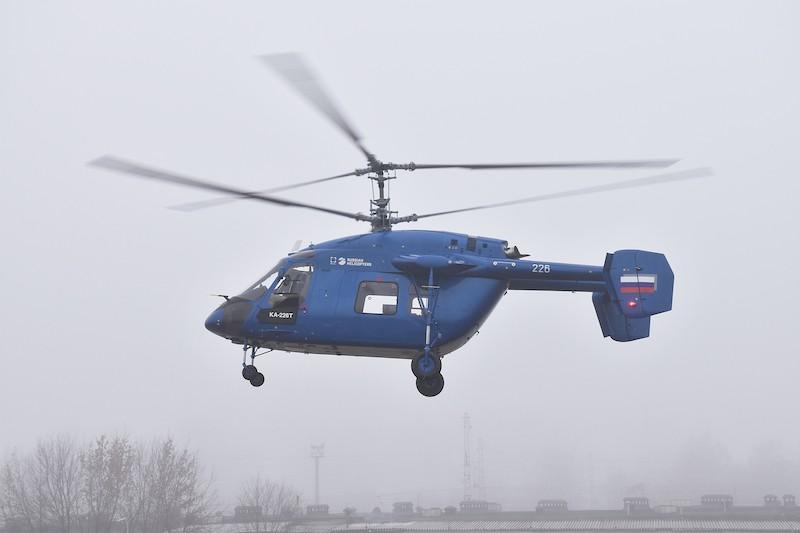 Russian Helicopters (a part of Rostec State Corporation) is making the international show debut of the deeply modernized Ka-226T Climber light helicopter at the ongoing airshow.

The Ka-226T Climber made its maiden public appearance at MAKS-2021 and completed its maiden flight prior to the start of the Dubai Air Show. Mass manufacturing of upgraded Ka-226T helicopter in close cooperation with Kumertau aviation production company at Ulan-Ude Aviation Plant is scheduled to begin in 2022

“The modernized Ka-226T is the first helicopter in Russia to be manufactured according to digital design documentation. This initiative made it possible to significantly reduce time for building the machine and to start flight tests in a short time. At the end of this week, the updated Ka-226T will debut at international exhibitions as part of Dubai Airshow 2021, and we are confident that it will arouse genuine interest among foreign customers due to its excellent flight performance, allowing it to operate at altitudes up to 6.5 kilometers, versatility, convenience and safety,” commented a representative of Rostec aviation cluster.

Thanks to its key feature – adaptability to high altitude flights – the Ka-226T modernization project received operating name “Climber”. Aircraft airframe features new design with significantly improved aerodynamics which distinguishes it from previous models of the Ka-226 family. The fuselage of improved aerodynamic shape is made using modern lightweight materials. Ka-226T has received a new rotor head, blades, and main gearbox, as well as a shockproof emergency-resistant fuel system, which meets increased safety requirements.

The helicopter is also fitted with a new complex of pilot navigation and radio communication equipment; it can optionally have oxygen equipment, ballonets, air conditioning and heating systems.

Ka-226T has a coaxial rotor design, which provides good controllability in thin air, resistance to strong side winds, high rate of climb, ability to take off and land on sites located at high altitudes. Helicopter is also highly effective when flying over water surfaces. It can take off and land on the deck of even small marine vessels.

The aircraft is characterized by low vibration level, ease and simplicity of operation, ability to take off and land on minimum size grounds (including urban infrastructure), high accuracy of hovering even when working with cargo on the external sling, and safe passenger boarding with working rotors.