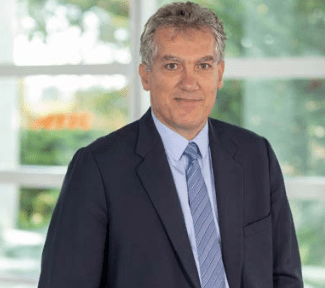 Regional Transport Aircraft specialist ATR is focussing on its new ATR 42-600S (STOL) variant and the ATR 72-600F freighter with the intent to enhance its growth prospects in the region.

The air- framer continues to make inroads into Northeast Asia, where it has been a recent entrant. “We have identified 500 airports around the world that were previously only accessible by 19-seat aircraft or below but can now be accessed using the ATR 42-600S. Nearly a third of those airports are in Asia Pacific,” tells Fabrice Vautier, ATR Senior Vice President Commercial, in an exclusive interview with Show Preview.

“FedEx is the launch customer for the ATR 72-600F, which is the only straight from factory dedicated regional aircraft freighter. We see potential for this aircraft in Asia Pacific too, because e-commerce is very strong in Asia Pacific,” he says while commenting on the strong potential for the freighter version of this popular commuter aircraft. Edited Excerpts of the Interview:

Why are the reasons’ for ATR to participate in the Singapore Airshow?
Southeast Asia is ATR’s largest market globally accounting for about 50 per cent of the order backlog. Many of our customers will be at the show. We value the opportunity to meet with our customers and promote our products and services.

We are promoting the ATR 42-600 and ATR 72-600 at the show as well as new variants of the aircraft in development, namely the ATR 42-600S short take- off and landing (STOL) version, and the ATR 72-600F which is the new dedicated freighter. On static display we will have a Bangkok Airways ATR 72-600 passenger aircraft.

People who come to our stand can also see and learn about ClearVision, our new vision system that combines synthetic vision with enhanced vision. ATR is the first commercial aircraft-maker to have such a vision system. The benefit of ClearVision is it improves situational awareness when flying in poor weather conditions.

What would be the interest in the region for the ATR 42- 600S?
There has been a lot of interest, from operators in Asia Pacific, for the ATR 42-600S. The ATR 42-600S, like all ATRs, is a pressurized aircraft but the ‘S’ variant has additional short take-off landing capability. It is designed for accessing runways as short as 800m.

There are many short airfields in Asia Pacific, particularly in the Pacific islands and parts of Southeast Asia, such as Papua and East Malaysia. We have commitments from customers for 20 aircraft. For example, Air Tahiti is the airline launch customer with a firm order for two. We have identified 500 airports around the world that were previously only accessible by 19-seat aircraft or below but can now be accessed using the ATR 42-600S. Nearly a third of those airports are in Asia Pacific.

FedEx is the launch customer for the ATR 72-600F, which is the only straight from factory dedicated regional aircraft freighter. We see potential for this aircraft in Asia Pacific too, because e-commerce is very strong in Asia Pacific. There are also national governments in Asia Pacific actively encouraging the launch of air cargo services to smaller cities and towns. Indonesia has the ‘air bridge’ program, for example, which is likely to lead to the development of more air cargo services in eastern Indonesia using turboprops.

They like the convenience and time saved. From the front door of the terminal to your gate, it only takes about five minutes. Sangley Airport is located within the metropolitan area of Manila, so has huge potential as a downtown city airport. The authorities have been working to upgrade Sangley Airport to get it ready for commercial passenger services.

It is an outstanding terminal that provides air- line passengers with a very convenient and comfortable experience. The terminal feels more like a VIP terminal, which is not surprising considering business jet operators also share the building.

What has been some interesting new developments for ATR in the region
ATR has made inroads into northeast Asia. We have three ATR operators now in Japan, namely Amakusa Airlines, Japan Air Commuter and Hokkaido Air Service. The latter two are part owned by Japan Airlines. Hokkaido Air Service took delivery of its first ATR in December.