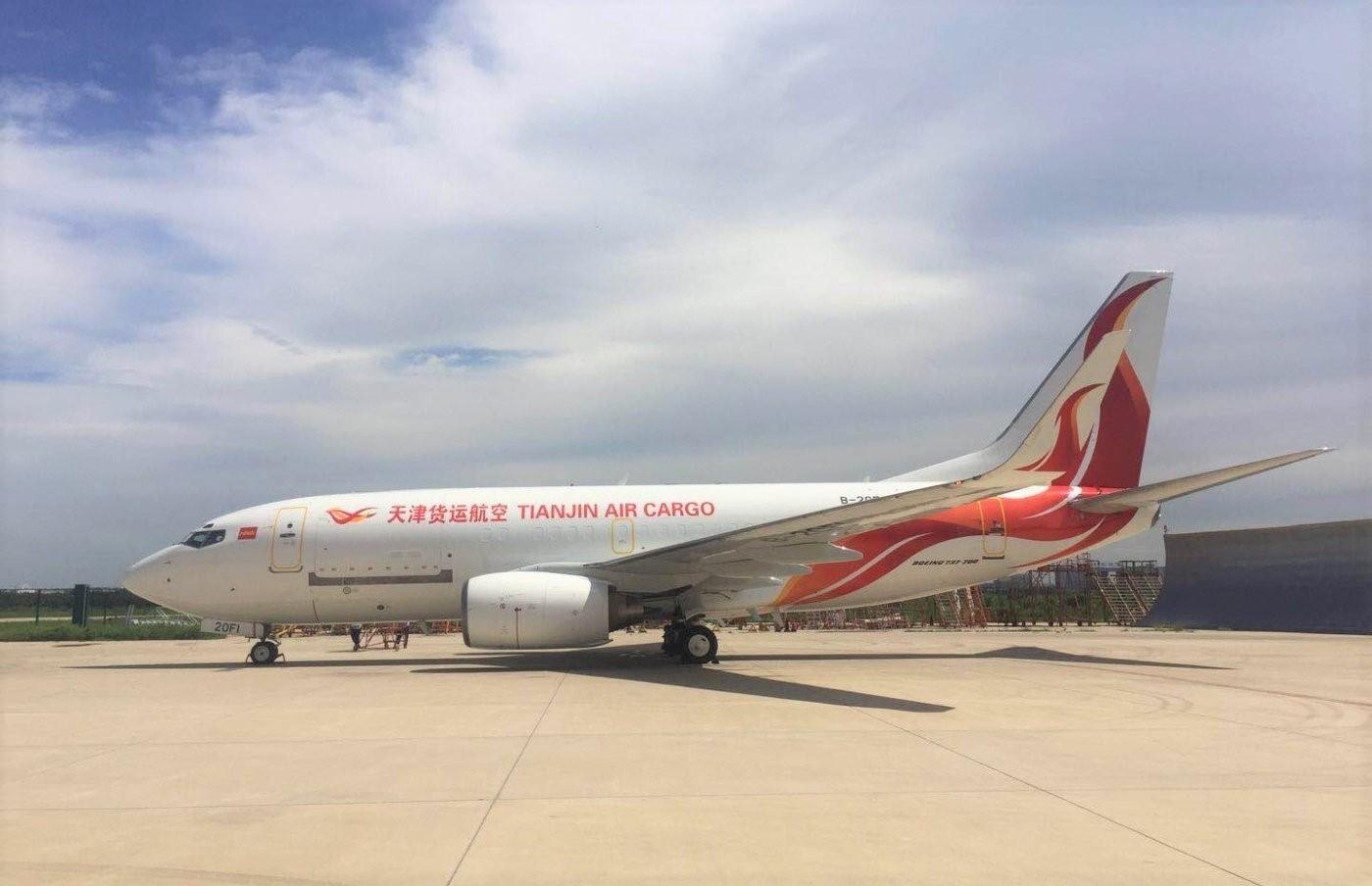 Israel Aerospace Industries (IAI) Aviation Group has delivered the first Passenger-to-Cargo converted Boeing 737-700 to Chines airline – Tianjin Cargo Airlines, which will become the first operator of this type of aircraft in China. The conversion work was carried out at the Tianjin MRO site, under a partnership agreement with IAI and Haite Group for developing the B737-700 and B737-800 STC. The two companies have been working together since 2017, to meet the increasing demand for cargo aircraft in China, and around the world.

With the rise of e-commerce and the resulting higher demand for cargo aircraft, together with the effects of the COVID-19 pandemic, cargo aircraft have become the lifeblood of the Chinese economy. In recent years, most narrow-body cargo aircraft were based on the Classic Boeing 737 family, in particular the 737-400 model. As the Classic models are nearing the end of their lifecycle, they are being replaced by the Boeing 737 NG (New Generation) with the B737-700/800 models. These aircraft provide improved performance, avionics, and fuel consumption.

The Aviation Group is one of the only companies in the world that offers specialized conversions and certification of passenger aircraft into cargo configurations. The Group boasts over 40 years of experience in this area, and serves major cargo shippers such as Amazon, UPS and DHL.

The Tianjin MRO is a leading maintenance, repair, and overhaul provider in China and the collaboration between IAI and the Haite Group is expected to grow to meet the increasing demand for cargo aircraft.