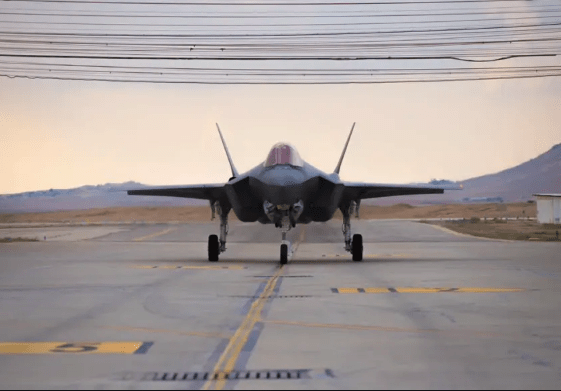 The Israeli AirForce (IAF) has prepared a list of weapon systems and “functional” systems that it intends to test on the special F-36 test aircraft to be delivered next year.

The special test aircraft has been manufactured according to specifications that took two years to prepare.
The aim of the special aircraft is to adapt Israeli developed systems to the IAF’s F-35’s.”All our platforms have been upgraded to enable stretching the flight envelope while using the unique weapon systems made by the Israeli industries “an IAF officer from its flight test center said.

According to foreign press reports since the F-35 has been made operational in the IAF it has participated in some combat activities.

Since the stealth fighter aircraft arrived in Israel some Israeli made systems have been tested in different scenarios, but only when the test aircraft arrives, these tests can be performed fully.

According to the IAF, because the F-35 is a 5th generation aircraft, all the planned upgrades are “directly connected” to the special maintenance program of this aircraft.

The test aircraft will enable the flight test center to enhance the capabilities of the F-35 (Adir) in air-air and air-ground missions using the highly classified systems developed for this purpose in Israel.

Some of the Israeli defense industries have been busy adapting operational systems for use on the F-35. These include electronic systems and weapon systems that fit the operational requirement of the IAF.

These initial designs have been updated according to the accumulated operational experience of the aircraft.