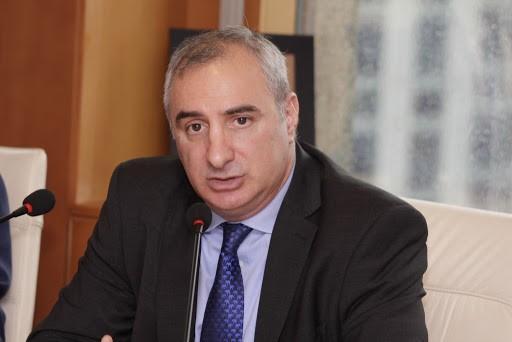 Israel is ready for future cooperation in missile defence with the United Arab Emirates and supports Abu Dhabi’s request for acquiring the F-35 stealth fighter aircraft from the United States, the first Israeli Ambassador to the UAE has said.

In an exclusive interview with Daily News on the sidelines of the ongoing International Defence Exhibition (IDEX 2021) in Abu Dhabi, Ambassador Eitan Na’eh said: “We (Israel and the UAE) share important security interests and our collaboration will strengthen regional stability.”

To a specific question as to whether Israel will be open to future cooperation on missile defence with the UAE, he said: “Of course we are open to future cooperation on missile defence..We have to decide and devise it and prioritise it. It is a process, and it doesn’t happen in a day. Unfortunately, Covid-19 has slowed the process otherwise things would have moved and happened much faster.”

Recently, the UAE has been evaluating the possibilities of buying the Iron Dome missile defence system following a possible threat of Iranian action against it in response to the peace agreement with Israel. “We share important security interests, collaboration will strengthen regional stability,” Na’eh added.

The Israeli Ambassador also said that his country will try to support UAE’s dream of getting the F-35 fighters from the United. States. “We are supporting…we want our friends to support UAE. Anything that supports the peace process is good for all of us.”

Though the former Trump administration approved the sale of 50 F-35 Lightning II jets as well as MQ-9 Reaper drones to UAE, the new U.S. President Joe Biden has put on hold the proposed deal.

The proposed deal was made possible after UAE and Israel announced on Aug.13, 2020 that they would normalise relations, and particularly since they signed the Abraham Accords.

Detailing his immediate priorities in the Gulf state, Na’eh said: “The top of the agenda is to get the relations going. To make good the beautiful programmes we are devising in various fields, including defence and space, as there is high synergy between the two countries. So the plate is full.”

On local production and transfer of technology, he says: “Everything is possible, we need to sit down and identify the possible areas. We need to build mechanism to allow us to build areas of common interest. We have started and we are moving in the right direction.”

Asked whether government to government talks have started between Israel and the UAE on the defence arena, he says: “Yes, we have started and we will definitely be building a good defence relation model. A model of good relations and like minded cooperation. To live good.

“We do hope the Abraham Accords will be extended to other Arab nations and they see what we build here and how we shape our relationships with the region and what are the possibilities. God willing, it will work. We are building a model and busy devising it and implementing it.”

He also says his country will be open for local production through a local partner. “We will be definitely looking at these prospects” he says.

Referring to the low turnout at the IDEX2021, Na’eh laments: “Certainly, we are sorry we couldn’t come. Unfortunately, because of covid we had to close our borders. We want to get rid of Covid and that’s our priority. Cooperation will continue and the interest is there.”

Eitan Na’eh, was the former ambassador to Turkey, and has become the first Israeli to have full diplomatic status in the Gulf state following the normalisation of ties with Israel.