It is Bigger & Better This Year: General Quezada 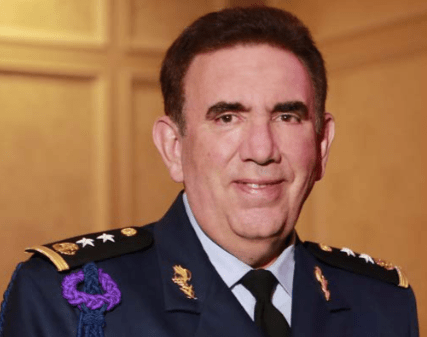 General Rodolfo Rodríguez Quezada, FAMEX President, is confident that the third edition of the event, which will conclude on April 27, will be bigger and even more successful than the previous editions.

“I am very pleased with the international response and expect the event to have a positive impact on the Mexican aerospace industry,” he tells Daily News in an interview. “We have enterprises from 40 countries, all of which are known for their prowess in the aeronautical industry. There is plenty for participants to look forward to.”

The event, which acts as a showcase for the Mexican aerospace indus- try, is being organized by the Secretariat of National Defense through the Mexican Air Force. Big names in the civil, military, security and defense fields, international as well as local, are attending the event. Following are edited excerpts from the interview:

What sort of an impact has FAMEX had on the Mexican aerospace and defence industry? Do you think it has resulted in an increased awareness about Mexican companies and additional business opportunities?

FAMEX has undoubtedly contributed to the growth of the Mexican aero- space industry. Since the first edition of the fair, the sector has experienced the opening of new opportunities within the global market thanks to the successful creation of international, conjoint agreements and projects. This has resulted in an influx of direct foreign investment, the generation of new jobs, and the opening of new areas of specialization and expertise. As a result, the country has developed its production rates and GDP, turning the aeronautical field into the only Mexican industrial field with a two-digit growth indicator. This is the reason why Mexico has achieved international recognition within the sector and the national companies have managed to demonstrate their competitiveness.

What are your expectations from this year’s edition of FAMEX? Are you happy with the response from international companies?

We hope that the presence of new and respectable international companies at the event will help with the continuous prosperity of the local and foreign enterprises in Mexico. The international response has been overwhelming; we are confident that this edition will be even greater in terms of its contribution to the country’s industrial, academic, and economic fields.

Canada is the “Partner Country” at this year’s event. Is this an indication of growing ties between Mexico and Canada in the aerospace and defence sectors?

Canada being the Partner Country at FAMEX 2019 is indeed an indicator of the good relations that both countries share. Canada decided, a couple of years ago when it turned its focus to the aeronautical industry, that our country has enormous potential in the sector. Not only do we have very attractive monetary incentives to encourage foreign investment, but we also have very capable people. The talent and competitiveness of Mexico’s workforce can be observed in various fields such as manufacturing, training, innovation, and technology. Nowadays, the eyes of Canada are set on our country and the aeronautical industry.

How many deals were signed as a direct result of the previous edition of FAMEX, held in 2017?

Thanks to the previous editions of the fair, Mexican companies have been able to project themselves internationally. Some of them managed to obtain worldwide recognition and to be part of new, beneficial projects and programs for the international aeronautical community. It is difficult however, to keep track of all the deals that were accomplished because of the second edition. I can however tell you that it was bigger in terms of both national and international attendance compared to the original edition. We do not have a specific department that tracks the results of the fair.

Mexico has been trying hard to attract FDI in the aerospace sector. How successful have the efforts been? What are some of the competitive advantages that Mexico has over other countries when it comes to attracting FDI in the sector?

Mexico has been working hard in order to attract direct foreign investment. We believe that the efforts have been successful, for many international companies have established and migrated, in some cases, to our country. FAMEX has also been an important catalyst in this regard, for it has facilitated the interaction of the entrepreneurs and leaders of the sector by creating seminars, like the Foreign Investment Seminar, which are geared towards the establishment of bilateral agreements and projects that impact favorably the international industrial aerospace market. In addition, it has opened the eyes of the international community regarding Mexico’s competitiveness within the industrial field by showing the enormous human potential, the low labor costs and the economic incentives that the federal and local government has created in order to attract the international investors.