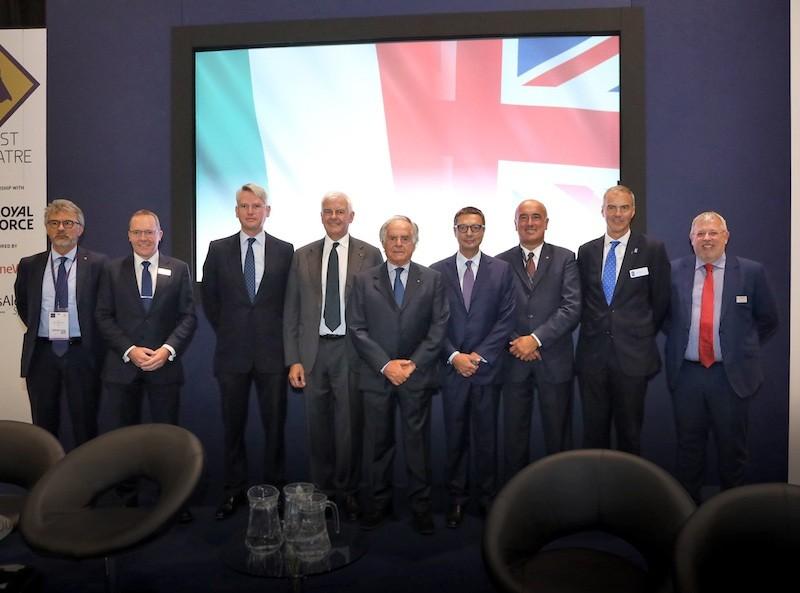 With the inking of a Statement of Intent (“SOI”), the Italian companies will work together with leading UK defence companies (BAE Systems, Leonardo UK, Rolls Royce and MBDA UK) to define an innovative concept and partnership model which will include knowledge sharing, product definition and technology development for the joint development of future combat air systems.

“Our proven record of successful collaboration with Italian industry makes us certain that this partnership between our two nations is a strong fit for Tempest and demonstrates the growing momentum behind this important international endeavour. Today’s announcement will expand existing partnerships with MBDA and Leonardo, which are central to our work in unleashing the full potential of Typhoon, as together we develop future combat air technologies to the benefit of both nations,” said Charles Woodburn, Group Chief Executive Officer, BAE Systems.

Alessandro Profumo Chief Executive Officer, Leonardo, said: Today’s agreement is an essential next step for this exciting and strategically important programme. As the CEO of Leonardo, I’m confident in this collaboration as each day I see how UK and Italian engineers, working together, achieve incredible things. Our two nations have a long and shared history of success on international programmes and we believe that working together on Tempest will further strengthen each nation’s technological, industrial and skills base to ensure prosperity for decades to come.

The inking of the SOI at DSEI, follows a commitment by the UK and Italian governments to work closely together on Combat Air capabilities, including on systems such as Typhoon and F-35, as well as on Tempest.

Many areas of potential collaboration have already been identified, including where shared industrial enterprises such as Leonardo and MBDA already see close integration between the two nations.

An earlier, joint government feasibility study has also concluded that the UK and Italy are natural Combat Air partners, with both Air Forces operating the same mixed fleet of Eurofighter Typhoon and F-35 aircraft.