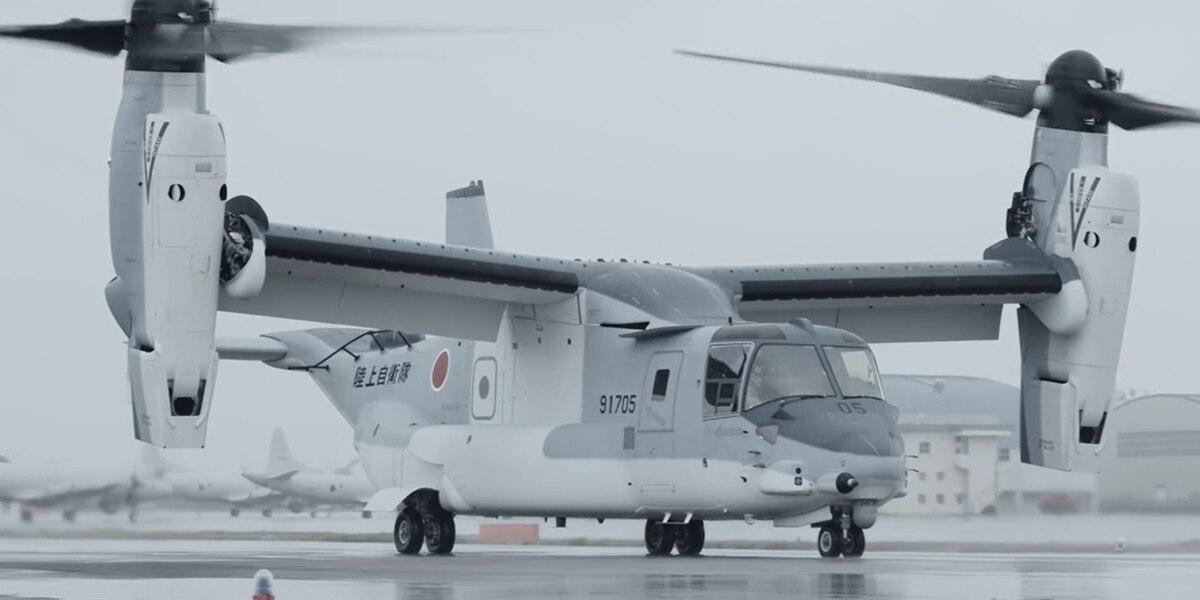 The United States government has delivered the first Bell Boeing V-22 Osprey to Camp Kisarazu, thus making the Japan Ground Self Defense Force (JGSDF) the first operator of the V-22 outside of the U.S. military.

The aircraft, built by Bell Textron and Boeing,  was delivered on July 10.

“The delivery of the Japanese V-22 represents a milestone for revolutionary aircraft capabilities for the Government of Japan and is a testament to our enduring friendship,” said Kurt Fuller, Bell Boeing Program Director.  “The Osprey will provide Japan a tremendous advantage, unlike ever before, to respond to a broad range of challenges throughout the Asia Pacific region.”

The V-22 can conduct multiple missions not possible with traditional rotorcraft or fixed-wing aircraft alone, improving mission efficiency and reducing logistic costs. The marinized design resists corrosion and reduces the cost of long-term sustainability. The Japanese V-22 has a unique configuration with a Japanese-specific communication system. Japan Ground Self Defense Force (JGSDF) service members have been training with U.S. Marines since May to gain aircraft proficiency before delivery of the aircraft.

“This is an exciting moment in our partnership with the JGSDF; we have had the pleasure of working with them state-side to produce, develop, train and maintain their initial fleet of aircraft,” said Marine Corps Col. Matthew Kelly, program manager for the V-22 Joint Program Office (PMA-275). “This arrival marks a key step in standing up its V-22 fleet, and more importantly, the continued collaboration between our nations.”