Home- Stories -JetBlue Takes Delivery of its First A220 Aircraft

JetBlue Takes Delivery of its First A220 Aircraft 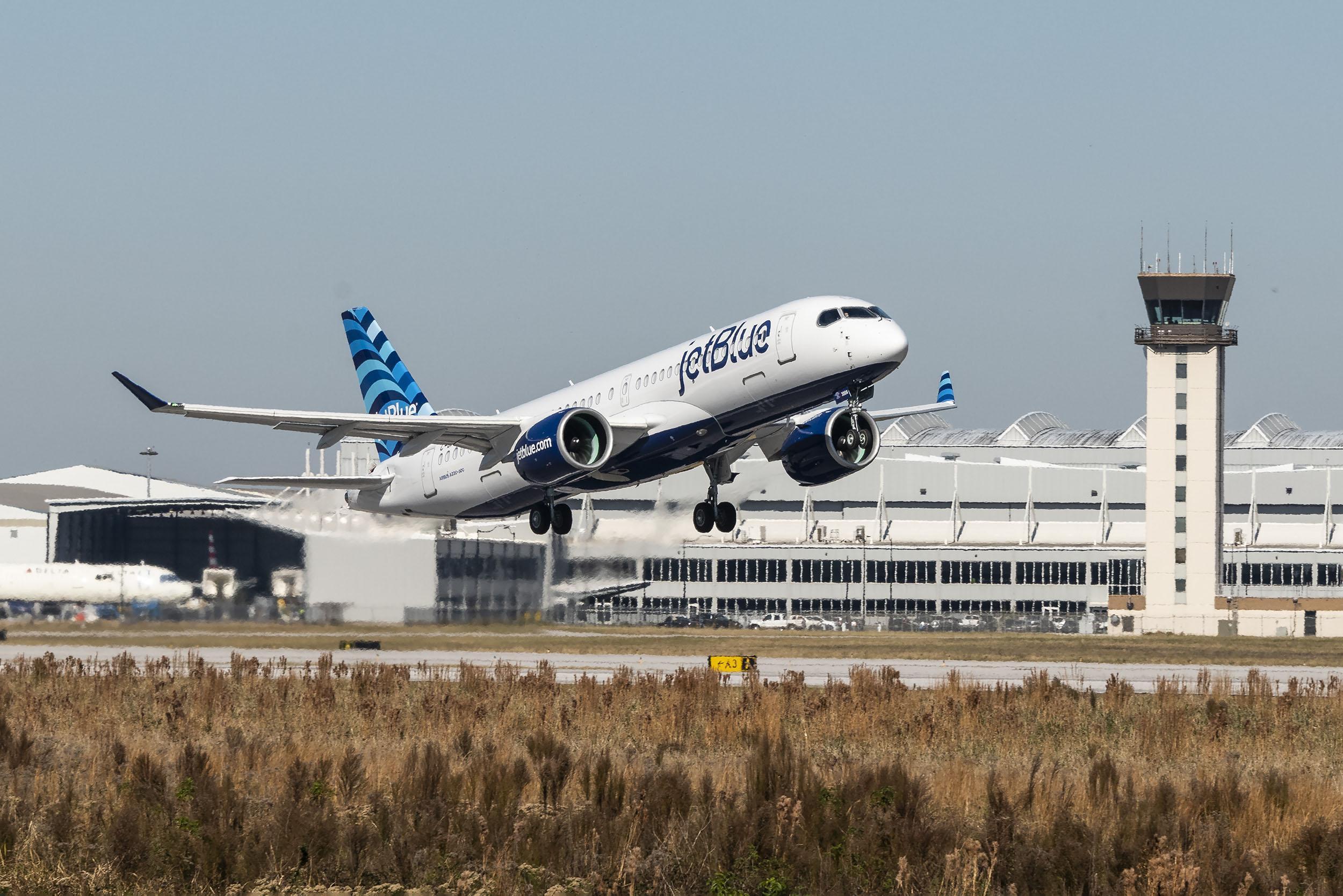 The first of 70 Airbus A220-300 aircraft that JetBlue has on order has been delivered. The aircraft is powered by Pratt & Whitney GTF engines.

The airline had initially placed an order for 60 A220-300 aircraft in 2018. It expanded the order to 70 aircraft in 2019. The aircraft will be phased in to ultimately replace the existing fleet of 60 Embraer 190 aircraft.

“The A220 is a next-generation aircraft our customers and crewmembers will love, featuring impressive range and superior economics to support critical financial and operating priorities along with new network planning flexibility,” Robin Hayes, CEO of JetBlue, said.

“The GTF engines enable the economic and environmental performance we need to lower operating costs and continue our commitment to achieve carbon neutrality on our flights,” said Ursula Hurley, vice president, treasurer for JetBlue.

“JetBlue has revolutionized air travel and we at Airbus are proud that our 20-year relationship has played a role in the airline’s many successes,” C. Jeffrey Knittel, chairman and CEO of Airbus Americas, said. “This first A220-300 delivery creates new route possibilities for JetBlue and raises their passenger experience to even higher standards.”