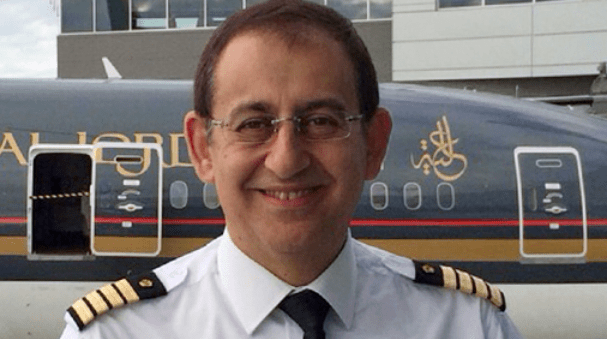 The commercial aviation industry and the air defence industry should work together to address issues that arise from the introduction of new technologies, such as cyber security in aerospace, Haitham Misto, chief commissioner of Jordanian Civil Aviation Regulatory Commission, has said.

“With new technology, there will be new emerging threats,” Misto said at a Ministerial Roundtable meeting held as part of the ongoing Eurasia 2020. “Modern-day aircraft are e- enabled. E-enabling require some kind of protection.  Otherwise, we will be more exposed to new threats like cyber threats. There are many areas where it becomes an necessity to collaborate and coordinate efforts. It is not just an option  anymore.”

The collaboration between the aviation and defence industries should be both at the operational level and at  the level of technological innovations, Misto said.  “The congestion of aerospace needs more collaboration between the air defence and aviation industries; air traffic flow management is a big issue all over the world. Unmanned aircraft  traffic management is a very important domain where collaboration is needed. We need more effective ways to stop the unlawful use of drones near airports.”

Aviation has been the hardest hit of all industries due to the pandemic, Misto said.  “There us a need for more than routine work. We need to double or triple our efforts. The collaborations and technological innovations should be well planned.”

The survival of the world’s economy is dependent on the health of the aviation industry, Misto said.  “Aviation is not merely a means of transportation. Aviation also means connectivity, tourism, trade and employment. It is an economic enabler, a way of improving and growing the economy.

“In 2019, we had more than 65.5 million direct, indirect or induced jobs out of aviation. It represents 3.6 % of the world’s GDP, or US$2.7 trillion. If  aviation was a country, it will rank 29th in terms of GDP size. The expectation was that by 2036, the industry would generate 98 million jobs. The pandemic has really hurt us.”

It is important to search for advanced technologies to address future challenges,  Marcos Degaut Pontes, secretary of defense products at the Brazilian Ministry of Defense, said. Pontes endorsed Misto’s view that collaboration and partnerships are essential for a meaningful recovery from the ongoing pandemic.

Although there are still tension due to the pandemic, the defence sector in Brazil has shown strength and flexibility., Pontes said. “We have been able to surmount the most challenging moments. We keep looking for partnerships and collaborations, especially in these difficult times.

“Brazilian defence products are in use in about 130 countries,” :said Pontes. “A very powerful example of success is  the multi-mission C-390, which has been just been acquired by Hungary and Portugal. It is one of the most modern aircraft in the world.”

In the 1970s, the Brazilian Air Force developed the integrated air traffic management and defense system, in partnership with the private sector, Pontes said. “The model is applied in other countries, with the same level of integration. The system, which has a high level of integration, allows for cost savings and faster response, which facilitates defense and security actions.”