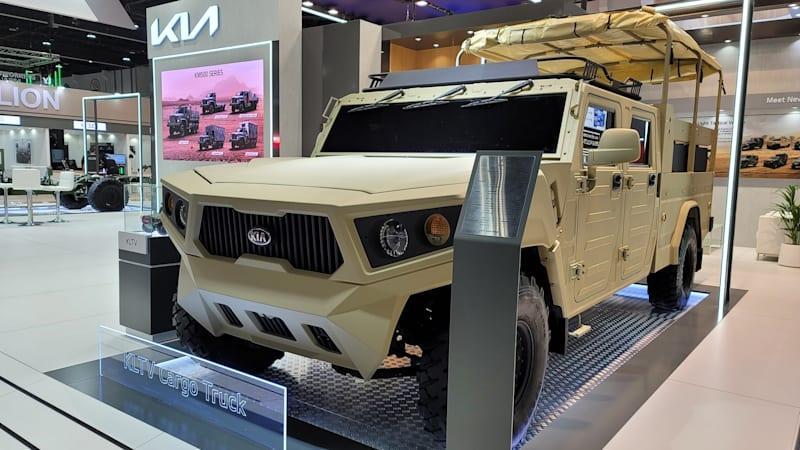 The company, which has been supplying its light tactical vehicles to the South Korean army since 2016, is displaying the new four-seater Light Tactical Cargo Truck (LTCT) concept at the show.  The vehicle is  equipped with a cargo container for transporting troops alongside diverse armory. Kia is also displaying the vehicle’s bare chassis at the event.

With the body removed, the bare chassis showcases the truck’s powertrain and basic frame, providing a glimpse of the platform’s scalability as a basis for a range of armored vehicles. Kia is actively developing vehicles based on the bare chassis for clients around the world.

“Our participation at IDEX 2021 is an opportunity to promote Kia’s latest developments in the design of future defense vehicles,” said Ik-tae Kim, Vice President for Kia’s Special Vehicle Division. “Both concepts on display have been developed to be highly flexible and durable, with the capability to be used in some of the world’s harshest environments.”

The LTCT is powered by a 225 horsepower Euro 5 diesel engine, with power sent to all four wheels via state-of-the-art 8-speed automatic transmission. The truck also features an independent suspension system, air conditioning, a limited-slip differential, run-flat tyres and an electro-magnetic interference system.