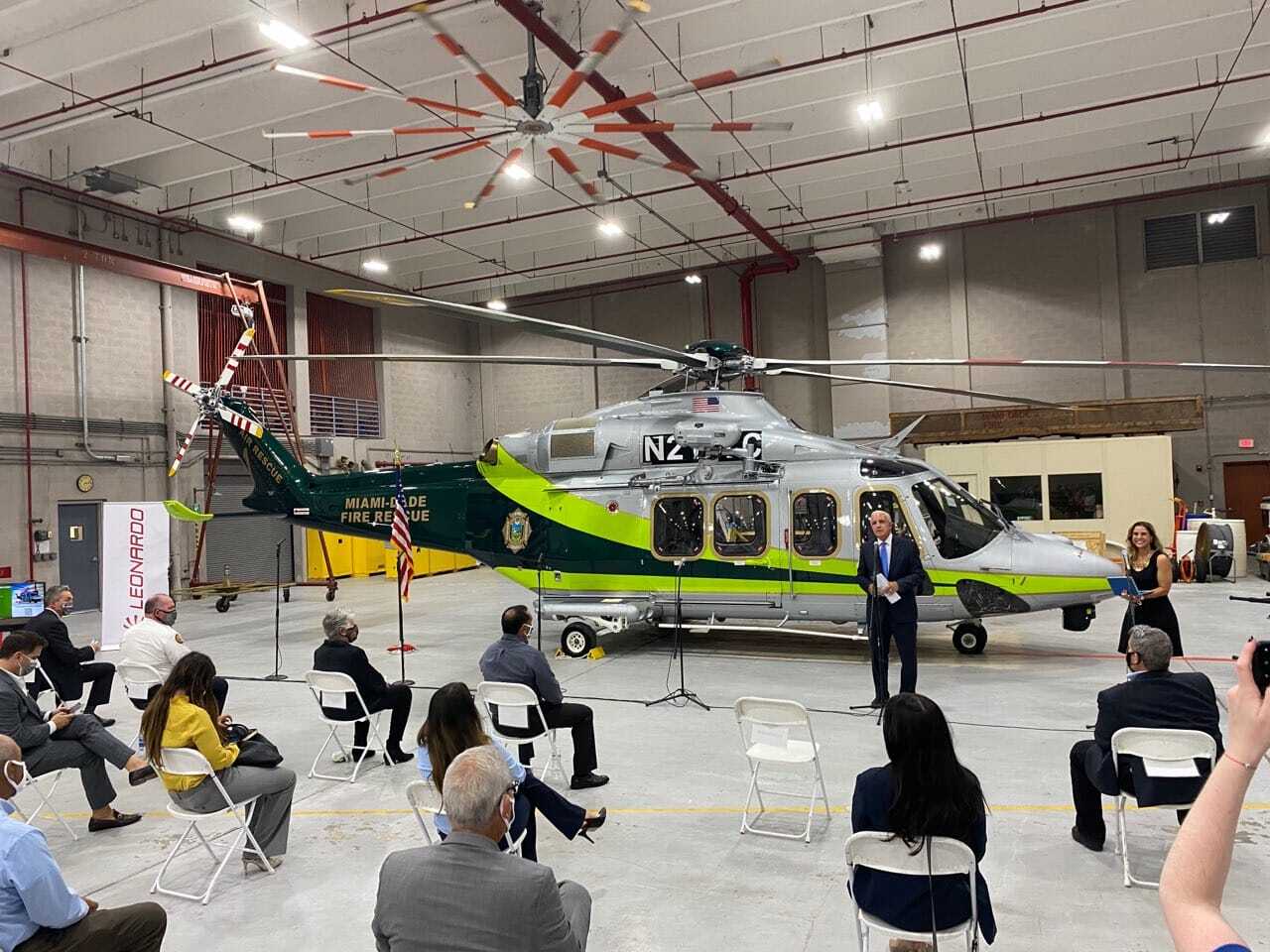 The aircraft was officially delivered  during a ceremony on Oct. 13 at Miami Executive Airport in the presence of Miami-Dade County Mayor Carlos A. Gimenez, MDFR officials and representatives of Leonardo Helicopters site in Philadelphia.

The contract between Leonardo and MDFR, which was signed in December 2019, also includes a comprehensive 5-year support, maintenance and training package, with the possibility of a further extension to a total of 15 years.

The fleet of four AW139s will support MDFR in a variety of missions that include emergency medical services (EMS), firefighting, Search and Rescue (SAR) and disaster relief. The AW139s will be deployed also to provide mutual aid support to neighboring counties including Monroe, Collier, Broward and Lee. The service currently operates Bell 412s.

The AW139s built for MDFR have the ability to quickly reconfigure the cabin interior based upon which mission MDFR will be operating and are equipped with an impressive set of mission equipment to allow the crews to perform to their best capability, including a Goodrich hoist, fast roping, cargo hook and Bambi bucket for firefighting missions, a Trakka searchlight, a FLIR, a mission console in the cabin linked to the 5th display in the cockpit, broadband radios to include USCG Comms, a weather radar and many different avionics system such as traffic alert and collision avoidance (TCAS), obstacle and terrain avoidance, obstacle avoidance detection and are compatible for NVG.

The AW139 has proven extremely successful in the global commercial market. With its dual-use design for the type has also been selected by many military operators worldwide.