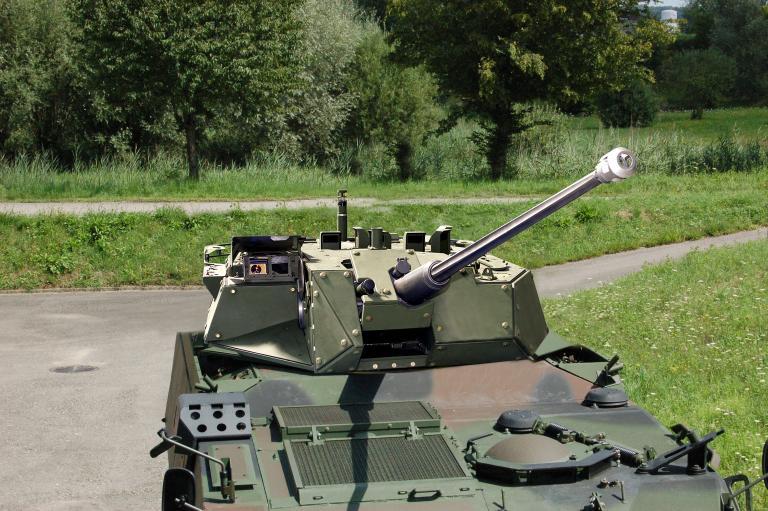 Leonardo Hispania is bidding for the supply of 58 30mm HITFIST ‘manned’ turrets, as part of the Spanish Army’s 8×8 VCR (Vehículo de Combate de Ruedas) Dragón programme.  The company is proposing that should it be selected,  all production would be in Spain, in the Loriguilla plant, which has a total surface area of approximately 3,000 square metres.

Leonardo Hispania is a Leonardo company headquartered in Loriguilla (Valencia), with plants there as well. Over the years, Leonardo Hispania has developed considerable capabilities in manufacturing of technologically advanced defence systems, including manned medium-caliber turrets for armoured vehicles.

The company currently has a supply chain of highly qualified hi-tech companies and over 500 employees across Spain and was founded in 2003 as OTO Melara Iberica for the production, integration, logistic support and after-sales assistance for the Centauro vehicle turret supplied to the Spanish Army.

The Spanish Dragón programme has an estimated value of €2.08 billion, which will cover for a first supply of 348 vehicles out of a total of approximately 1,000 vehicles panned ready for 2030.

The full compliance with technical requirements, including weight and local production, are trump cards, says Raúl Ruiz Campos, Factory Director of Leonardo Hispania. “The 8×8 program Dragón VCR of the Spanish Army, in which we participate with our HITFIST 30mm manned turret, is very important to us. We are an entirely Spanish company and all production would be carried out in our Valencia plant, guaranteeing technological localisation, immediate logistic support and the development of the Spanish supply chain. It is also important to underline the considerable experience gained with this system that we produce and sell, among others, to the Italian and Irish Armies. Our turret is the only manned system that has already proven its combat experience, so we are able to provide a reliable solution for the Army with guaranteed performance and durability.”

Leonardo Hispania’s expertise in the field of turrets is certified by its product portfolio, with turrets like the HITFIST 25mm in service with the Italian Army, the HITFIST 30mm used by the Irish Army, the HITFACT 120mm by Oman, and HITROLE 12.7mm by Turkmenistan, Germany and Singapore.

The combat-proven HITFIST 30mm manned turret has been integrated into different platforms, such as the Piranha III, FRECCIA and 8×8 Patria.

The 30mm manned turret system is characterised by a high flexibility which allows it to support cannons up to 40mm in caliber.

The turret has a crew of two specialists, the commander and the gunner.