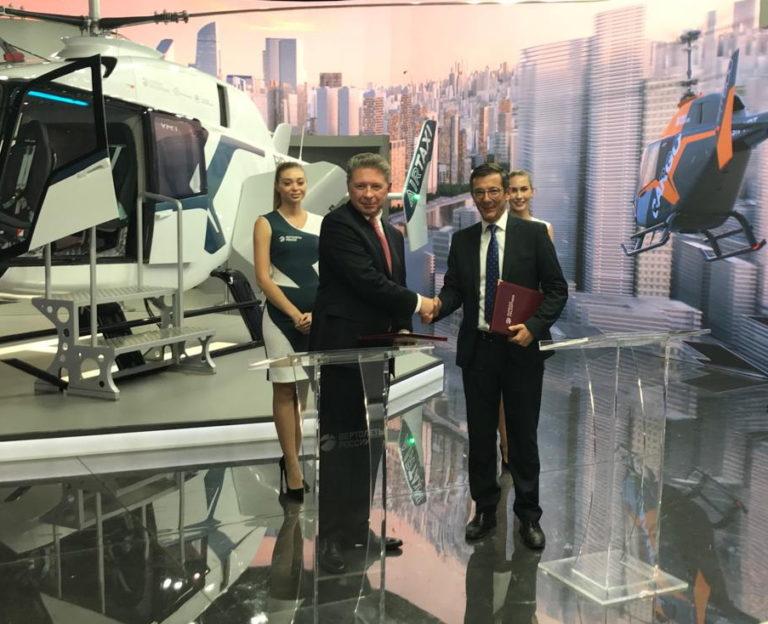 Liebherr-Aerospace has signed an agreement with VR-Technologies, a subsidiary of Russian Helicopters, to be the supplier of the environmental control system for their new civil helicopter VRT-500.

The agreement to supply the light single-engine multi-purpose VRT-500 helicopter with the environmental control system includes the cooling system as well. VR-Technologies anticipates the VRT-500’s breadth of application to be quite diverse – from private use, taxing, tourism, news/media and logistics all the way to rescue and ambulance services. The forecast for deliveries of the VRT-500 is quite solid. The helicopter was first revealed to the world in 2018.

“We are thrilled to have been awarded this contract by VR-Technologies,”said Nicolas Bonleux, chief commercial officer, Liebherr-Aerospace & Transportation. “We have built a solid reputation in the helicopter market by supplying various systems to our customers. The addition of VR-Technologies to our portfolio is an honor and we look forward to serving them,”

“We are happy to announce that Liebherr-Aerospace will be one of our suppliers in this venture,” said Alexander Okhonko, general manager of VR-Technologies. “Their know-how, reputation and customer-centric approach were decisive factors to bring them on board our VRT-500 program.”