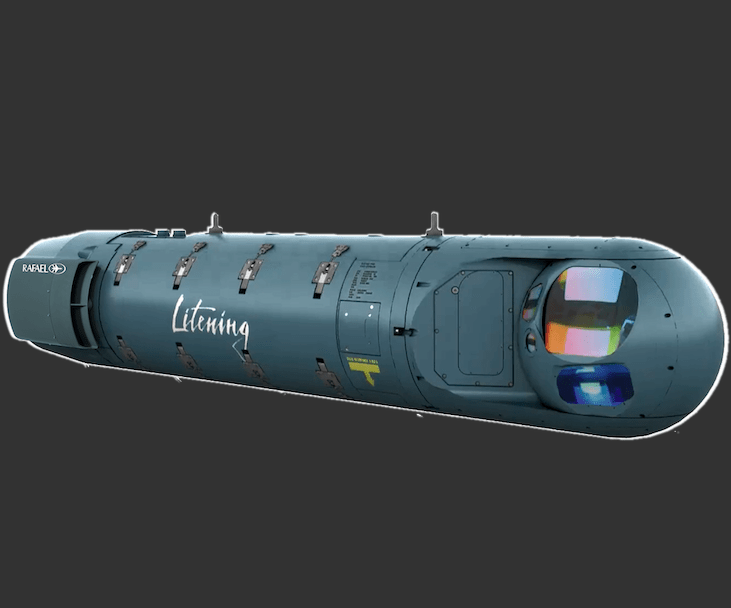 The continuous upgrade of the Rafael Litening-5 targeting pod has resulted in adding a SAR radar to this best-selling pod.

The Israeli company has unveiled the new version and claims that it is unique and offers unprecedented capabilities.

According to Yuval Miller Rafael’s EVP, head of its air and C4I systems division, the Litening-5 is now offered with an ELTA SAR radar.

ELTA is a division of Israel aerospace industries and has developed a small SAR radar that fits into the Litening-5 pod.

Miller said that by adding the SAR, the Litening-5 is an all-weather targeting pod “the pod is performing a data fusion received from its electro optical and radar sensors”

In addition to its new stand-off performance, Litening improves stand-in capability, particularly against complex, low-signature adversary equipment. Customers understand this need for operational flexibility, as many of today’s conflicts are fought below the threshold of full-scale war, where attacks are launched from afar and avoid crossing international borders.

According to Rafael the Litening-5 is not only a targeting pod but actually is an intelligence, surveillance, target acquisition and reconnaissance (ISTAR) system.

The Litening is now operational on many types of fighter aircraft, including the Eurofighter and Gripen.