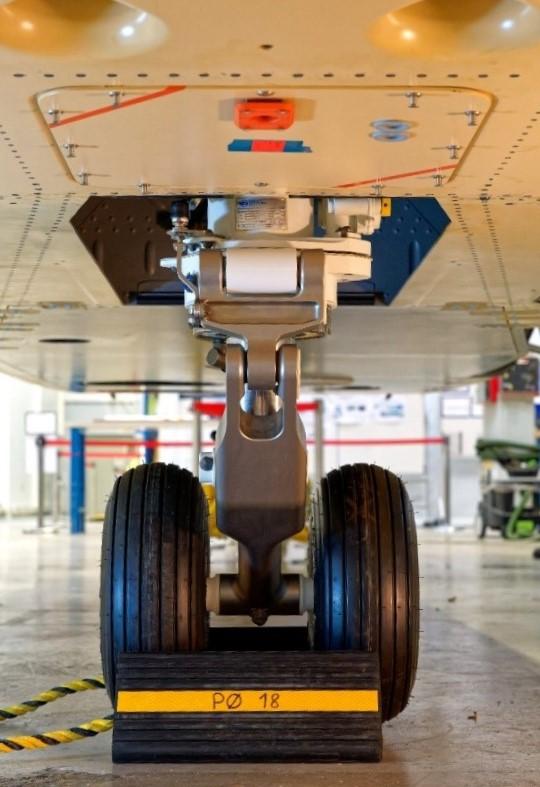 Racer, the high-speed compound helicopter that is under development at Airbus Helicopters in Marignane, France, has a landing system that has been developed and qualified by the ANGELA consortium that is headed by Italian company MA Group.

The landing system has been developed based on a clean sheet design provided by the company. The Racer development program involves 42 partners from 13 European countries. The first flight of the helicopter is likely to take place by the end of 2022.

The landing system was developed and qualified in an international partnership under the framework of the European Research Clean Sky 2 program. MA Group is the technical and industrial leader in a partnership that includes the Italian Aerospace Research Center (CIRA) as research project Coordinator and 4 EU SMEs: Aviatest and Centre Composite (Latvia), M&S Engineering (Slovakia) and Techno System Developments (Italy).

Optimised for a max cruise speed of more than 400 km/h (current in-service helicopters can, on average, reach a top speed of 260 km/h), Racer aims to achieve the best compromise between speed, cost-efficiency, and mission performance while ensuring low operational carbon and acoustic footprint at the same time.

The Landing System integrated inside the H/C Wing and Fuselage, featuring innovative composite doors flushing the aerodynamic wing profile, was conceived to significantly reduce drag and noise when retracted, especially during high-speed missions, while providing a large wheel track for safe landing when extended.

“The unique design of the shock absorbers will allow the helicopter to land and take-off safely from a helideck during rescue operations, which is one of the special missions for which this platform and its landing system are being developed” says Pietro Persico – MA Group Engineering, Research, and Lab Test Director.

Unveiled at the Paris Air Show in 2017, the Racer demonstrator passed its critical design review in 2019. The landing system was delivered earlier this year. The final assembly of the Racer Demonstrator is progressing fast at the Airbus Helicopters facility in Marignane, with the main and nose landing gears looking in great shape and ready for the first flight.

MA Group’s central role in the Racer program comes close on the heels of the company being selected to provide the fully integrated landing gear system for the Defiant X helicopter, which Lockheed Martin-Boeing has proposed for the U.S. Army’s Future Long-Range Assault Aircraft (FLRAA) Program. The landing gear system comprises the nose and main landing gear, tail bumper assembly, extension/retraction system along with wheels and brakes.

The Defiant X is a medium lift advanced technology utility helicopter and air assault weapon system that is intended as a replacement for the US Army H-60 Black Hawk fleet.