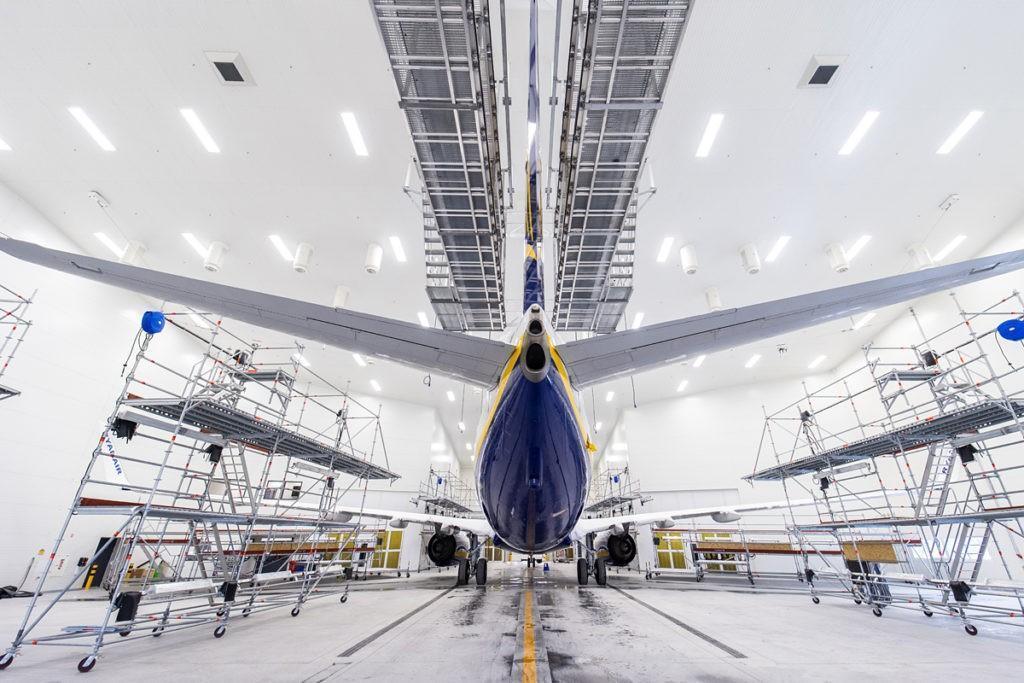 The facility is the first of its kind in Lithuania. The facility features the latest technologies, including systems to ensure safe and secure operations and to manage the environmental impact of the company’s activities.

The Lithuanian facility is a twin-bay narrow body paint shop capable of accommodating up to two A321 sized aircraft simultaneously. All  facilities of the company are certified to EN9100, ISO9001 and ISO14001 standards.

The central/eastern European location of Kaunas was chosen as a result of several influencing factors, said Tim Macdougald, CEO of MAAS Aviation. “It was the universal willingness of the Lithuanian authorities to bring a new industry to Lithuania,” he said. ” I’d particularly like to mention Invest Lithuania and the Airport Authority of Lithuania for supporting a project that spearheads the development of aviation services at Kaunas; and to FL Technics for committing to build a partnership with MAAS to combine our services with theirs for the benefit of airline and lease company customers; and to Ryanair for its continued business and trust in being our launch customer at the site.”

In 2015 the company had just three paint shops in two locations, 130 aircraft were painted, and turnover was approximately $10 million. MAAS now has 11 paint shops – three in Hamburg; two in Kaunas; two in Maastricht; one at Fokker Woensdrecht; and three in Mobile, Alabama. The organisation expects to paint up to 300 aircraft with turnover expected to exceed US$28 million.