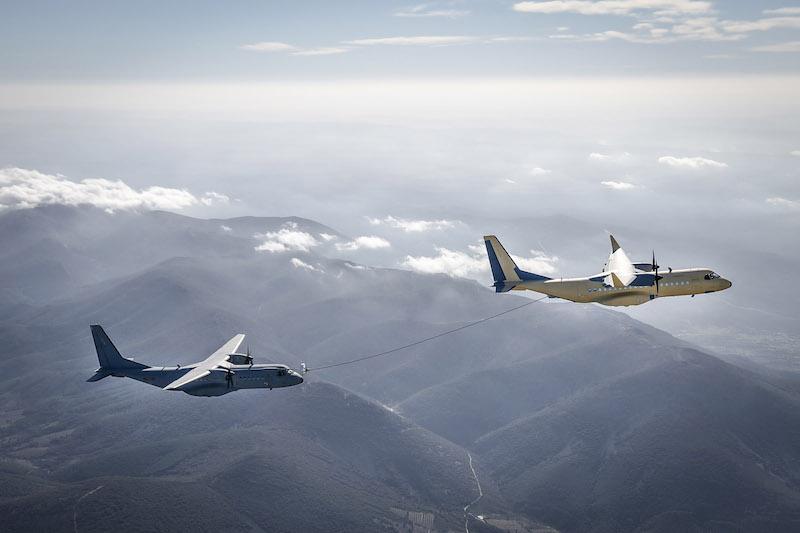 Airbus has announced the first successful first wet contacts with the C295 during an air-to-air (AAR) tanker flight test campaign.

The wet contacts took place in January 2020 over Seville, Spain and the aircraft fitted with a removable AAR kit, performed five wet contacts transferring a total 1.5 tons of fuel.

The trials were conducted in daytime conditions and involved an Airbus C295 aircraft in tanker configuration and a Spanish Air Force C295 as receiver at flight speeds between 100-130 knots.

‘The degree of difficulty in flight test is always high since it involves performing manoeuvres that no one has done before. It should be noted that due to the positive behaviour of the aircraft, the operation has been good and straight forward,” said Captain Gabiña, the Spanish Air Force pilot who participated on the test campaign.

A successful proximity test in pre-contact position with a Spanish Air Force F18 fighter at a flight speed of 210 knots was also conducted.