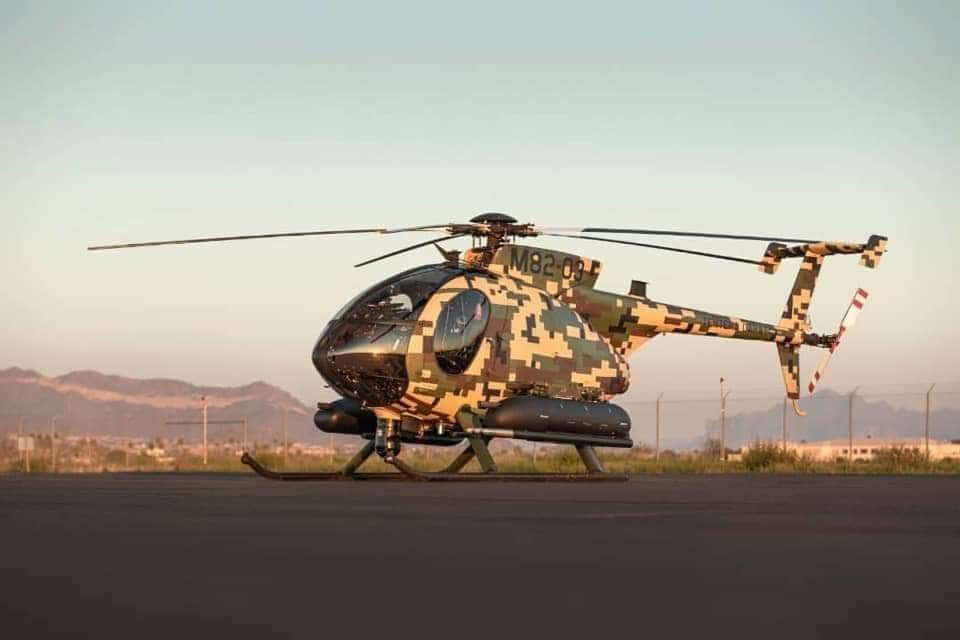 Malaysia received a shipment of six MD-530G helicopters at the end of last week. These helicopters are now being stored in a hangar at one of the country’s sea ports and are expected to be formally introduced into service by the end of this month, sources said.

The shipment took five weeks from the US West Coast to reach Malaysia where the helicopters will be assembled and tested before being accepted by the Malaysian Army Aviation (Pasukan Udara Tentera Darat / PUTD). A Malaysian Ministry of Defense source said that these helicopters may also appear during the Malaysian Army Day in which the service will celebrate its 89th anniversary on the 1st of March.

As part of the contract worth around RM300 million (about US$71.8 million) signed in 2016, the delivery of these six MD-530G helicopters has been repeatedly delayed from their initial 2017-2018 timeframe. After another delay in 2020, it was not until January 2022 when MD Helicopters Inc. (MDHI) confirmed that the helicopters were finally being shipped.

MDHI’s MD 530G light scout attack helicopter is developed from McDonnell Douglas MD 500 Defender light multi-role helicopter. Powered by a Rolls-Royce 250-C30 turboshaft engine, it has a maximum speed of 282 km/h and a maximum range of about 426 km under its cruising speed of 204 km/h. Equipped with a suite of imaging sensors, the MD 530G for PUTD can also be armed with Dillon M134 miniguns, FN Herstal heavy machine guns, combined machine gun and rocket pods as well as rocket pods for 70 mm guided/unguided Folding-Fin Aircraft Rockets (FFARs).