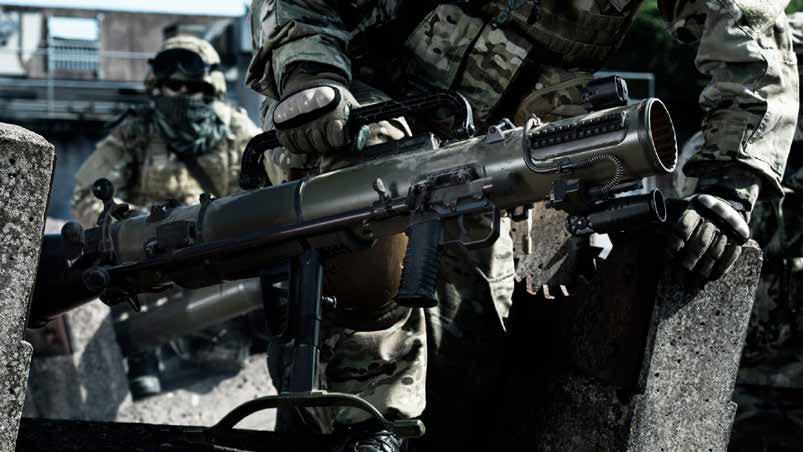 Malaysian government plans to focus on upgrading the infrastructure of the Malaysian Armed Forces (MAF), and replacing equipment used by the MAF’s special operations forces with a budget of MYR16.14 billion (USD3.9 billion) in the year 2022. The budget allocation represents a 1.8 per cent increase over the original allocation in 2021 of MYR15.86 billion.

The military’s modernisation projects, the nation’s investment in UN peacekeeping missions, and regional debates with neighbouring nations, such as, Brunei over Limbang, Louisa, and Mariveles, Indonesia over Ambalat, the Philippines over Ardasier and Erica, and Thailand over Ko Kra and Ko Losin, appear to be the the major drivers deciding Malaysian defence expenditure. With this trend expected to continue, the country is projected to cumulatively spend US$18 billion by 2024, defence analysts predict. Also with a shifting political landscape, conflicting claims to islands in the South China Sea and budgetary restraints, Malaysia’s defence approach for the coming years reflects a changing environment. The first-ever defence White Paper published in late 2019 focusses on the domestic defence industry. While efforts are being made to contain defence spending, the plan remains in place to modernise the country’s fleet through streamlining and increasing the number of multi-role vessels and vehicles.

“MALAYSIA HAS MADE SOME PROGRESS ON DEFENCE REFORM, BUT MANY KEY AGENDA ITEMS STATED IN ITS FIRST DEFENCE WHITE PAPER (DWP) REMAIN UNFULFILLED. DELAY IS EXPECTED GIVEN THE CHALLENGING PAST TWO YEARS, BUT THERE IS A NEW URGENCY TO IMPLEMENT THESE REFORMS WITH THE INCREASINGLY TENSE GEOPOLITICAL ENVIRONMENT,” noted Ivy KWEK, a former Special Functions Officer with the Malaysia’s Ministry of Defence.

Malaysia’s defence exports have been negligible due to the absence of an advanced and developed domestic defence industry. Malaysia’s goal is for the domestic market to gain capabilities through collaborations and technology transfers, thus reducing its reliance on defence imports. Malaysia has enforced a robust defence offset policy to enhance the participation of its local industries.

The country seeks to develop capabilities to produce at least some critical defence equipment locally and has already entered into deals with Turkey for the supply of the Pars AV-8 armoured vehicles. In the defence sector, Turkey is one of Malaysia’s main source of defence procurement, namely armoured vehicles and military communications. During the visit by President Erdoğan to Malaysia in December 2019, a number of agreements between firms in the defence sector were signed. FNSS Savunma Sistemleri A.Ş, a Turkish defence manufacturer, had signed a master agreement with its Malaysian partner Deftech for the development and production of 257 each Malaysian AV8 (8×8) armoured wheeled vehicles in 12 configurations. The vehicle is based on PARS 8×8.

Under the US$559 Million contract awarded in February 2011, in cooperation with DRB-HICoM DEFTECH of Malaysia FNSS is designing, developing and producing a total of 257 armoured personnel carriers to be based on PARS-II 8×8 in 12 different configurations including; the infantry fighting vehicle (IFV), armoured fighting vehicle (AFV), the armoured personnel carrier (APC), tank destroyer (AFV-ATGW), command vehicles (ACV), signals (AVS), reconnaissance vehicle as well as recovery vehicle. While the original PARS 8×8 was 24-25 ton vehicle, the AV-8 IFV-25 configuration weighs 28 tons and its equipment differs considerably from that of PARS. Deliveries have been continuing to Malaysian military, and the Malaysian Defence Ministry is said to be considering placing an order for the second and third batches of AV-8 vehicles.

Turkey has been assisting Malaysia, which is strategic partner, to further improve the defence industry.

“We are resolved to improving our relations on every front when it comes to especially using our potential well in the upcoming period,” Turkish Foreign Minister Mevlut Cavusoglu told a joint press conference in Ankara with his visiting Malaysian counterpart Saifuddin Abdullah last December. On defence industry cooperation, Cavusoglu said Turkish companies are “closely interested in defence industry tenders for Malaysia.” The Turkish Aerospace (TA) recently opened a new engineering and design office in Malaysia.

The office at the Cyberview Futurise campus in the western Selangor state is the company’s first engineering and design office in Southeast Asia. The Turkish Aerospace said it is committed to continue its investments and collaboration in Malaysia for the development of new generation technologies, particularly in the field of defence industry and aviation.


Turkish and Malaysian engineers will carry out joint studies in a number of areas such as unmanned aerial vehicles, jet trainers, helicopter projects, and modernisation programs for the global aviation ecosystem.

Malaysia’s International Trade and Industry Minister Mohamed Azmin Ali said the move is an opportunity for the two countries to combine their joint expertise to secure workflow for the benefit of the Turkish and Malaysian aerospace industry. “Turkey has one of the fastest developing defence and aerospace sectors in the world and has achieved many firsts for the Muslim world,” Azmin Ali stated. Arham Abdul Rahman, the CEO of the Malaysian Investment Development Authority, said that TAI’s “footprint” in Malaysia will enhance the country’s aerospace ecosystem.

“The competitive cost of doing business in Malaysia will undoubtedly be beneficial for both parties to raise the nation’s local expertise as well as certification status,” Rahman said. Turkish Aerospace has also invited Malaysia to join the country’s indigenous fighter Program, the TF-X, following Ankara’s suspension from the U.S.-led F-35 Joint Strike Fighter program. The company had already signed a memorandum of understanding with the Asian nation for the co-production of TF-X composites.

Prof. Temel Kotil, CEO of Turkish Aerospace Industries, said his company is committed to continuing its investments and collaboration in Malaysia for the development of new generation technologies, particularly in the field of the defence and aviation industry.

Prof. Kotil said that Turkey will jointly manufacture its indigenous Hurjet advanced trainer with Malaysia, should a tender process be successful. Malaysia is expected to finalize a tender for buying 18 jets to fulfil its Lead In Trainer-Light Combat Aircraft, or FLIR-LCA, requirement. “The joint production offer will see 15 Hurjets being built in Malaysia, with three to be built in Turkey,” Prof. Kotil said.

According to him, joint production will build Malaysian capacity to produce aircraft of the type, as TAI saw Malaysia as “one of the best countries to collaborate with strategically in Asia-Pacific.”

TA plans to train 12 Malaysian engineers at its plant in Ankara, as it aims to help Malaysia develop its own fighter jet design and manufacturing capability. Prof. Kotil said Malaysia should embark on their own programme to attain self-rliance. It is with great expectation that the Malaysian government could wisely strategise a remodelling and reorganisation of the defence industry to make it more relevant to the future defence and security needs of the country. Envisioning a Malaysian defence aircraft environment akin to the US Lockheed-Martin, 50 years down the line, Prof. Kotil said the country has all the potential to realise the vision, provided with full commitment from policymakers. The effort of the Defence White Paper by the Malaysian government may just be the needed impetus to address the many issues faced by the Malaysian defence industry for its future development.