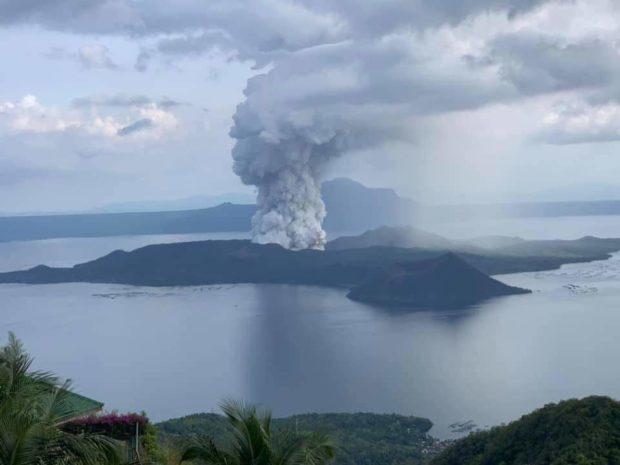 Transport authorities on Sunday put on hold all flights in and out of the Ninoy Aquino International Airport until Monday morning because of safety concerns following Taal Volcano’s ash explosion.

However, in the early hours of Monday weak lava began flowing out of Taal volcano and the Philippines was on alert for “explosive eruption”.

Thousands of people living nearby were evacuated from their homes, but other locals weighed whether or not to flee the area.

A “hazardous explosive eruption is possible within hours to days”, the nation’s seismological agency warned.

“I’m afraid that it might erupt … but I’ll leave it to fate. I just have to pray,” Eduardo Carino, who works in a hotel near the volcano, told AFP.

After the ash cloud reached 15km into the atmosphere, aviation officials ordered a suspension of flights to and from the capital’s Ninoy Aquino International Airport.

Singapore Airlines announced that several flights between Singapore and Manila on Sunday and Monday are rescheduled to a later time.

AirAsia has also cancelled domestic and international flights that connect to cities including Bangkok, Shanghai, Taipei, Osaka and Seoul.